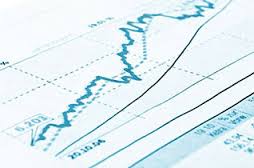 What do current pricing trends tell us about the investor appetite for green bonds? In effect, is there a pricing premium for green bonds? Let’s take a look at the evidence.
Last month, Turkish development bank TKSB tightened pricing on its inaugural green and sustainability bond by 62.5 basis points. It was the most drastic example of an issuer getting cheaper debt via a green bond, but not the first.
And India’s Axis Bank claims pricing on its green bond last month tightened to give it the lowest spread for a dollar-denominated benchmark transaction from an Indian bank since the financial crash.
In practice this means that, in the course of the bond being sold, investors revised down the yield they would accept because demand was high and they were keen to be allocated notes. This reduces the cost of the debt for the issuer.
In Latin America, oversubscription of nearly fourfold led Banco Nacional de Costa Rica’s April green offering to settle at 99.68%. When the Nordic Investment Bank returned to market with its fourth environmental bond in June, managers say the €500 million deal saw some pricing benefit because of its green label.
“It met with strong demand without offering a new issue premium,” says Lars Humble, head of SSA [Sovereign, Supranational and Agency] Syndicate at Goldman Sachs, which co-managed the transaction. “So it is clear that investors value the format.”
“In contrast, we’ve seen some other issuers [of non-green bonds] struggle, despite paying attractive concessions versus the secondary market.”

But despite growing anecdotal evidence from some market participants, there is still disagreement about whether this is a meaningful trend. Rabobank’s head of sustainability, Hans Biemans, says there is not a built-in premium for the asset class. “There are some examples of better pricing, but it is not automatic, and it is not always just about them being green bonds.”
And, indeed, some of the tightening can be explained away by bigger trends, as prices in the overall bond market hit historic highs, and yields increasingly dip below zero.
“The vast majority of green bonds are pricing on the credit curve of the issuer,” says Manuel Lewin, head of responsible investment at Zurich Insurance, which has pledged to invest $2 billion into the green bond market.
“We won’t pay up for green bonds and, at issuance, we don’t observe a green premium in the wider market either,” he explains, adding that “it is more natural” for a pricing differential to occur in the secondary green bond market – of which there is also anecdotal evidence – because there tends to be a higher number of buy-and-hold investors. But that even then, prices are generally in line with an issuer’s overall curve.Mexico’s development bank, Nacional Financiera, issued its first green bond last year, in a deal that was five times oversubscribed. According to its deputy director of treasury and markets, Pedro Guerra Menendez, the green element has a clear impact on pricing.
“Now the market is scaling up, we’re beginning to see a really good price tension on green bonds, which isn’t there on plain vanilla ones,” he says.
Menendez claims this tension is driven by green investors. And, as they grow in number – with more and more pledges and funds being announced – Leonie Schreve, global head of sustainable finance at ING Bank, told RI that there is a case currently of “supply not meeting demand”.
A green mortgage-backed security issued by Obvion, a subsidiary of Rabobank, this month, was the first to see the issuer allocate based on the greenness of the investors. Non-green investors weren’t awarded any notes, and encouraged to participate in Obvion’s conventional bonds, while the remaining green investors were put on a scale of greenness, with the ‘greenest’ being given priority.
But Zurich’s Lewin says that the normal effects of supply and demand on pricing are not applicable in the green bond market. “The current demand is contingent on the supply being priced in-line with the credit curve of the issuer. The bulk of green bond buyers are fiduciary investors, so if a bond trades out of whack with the issuer’s credit curve then we cannot invest – it’s as simple as that.”
A recent report from Bank of America Merrill Lynch predicts the fledgling market could grow to $185 billion by the end of the year. Rabobank’s Biemans expects it to eventually grow to be 15-20% of the total bond market, at which point expects a pricing advantage to develop. “But we are 10 or more years away from that at the moment,” he claims.
Lewin feels this would be a major threat to the future of the market. “If a consistent premium were to emerge, it would restrict the market to a small niche of investors who may be willing and able to pay that premium. Those could be retail buyers, or a small pool of impact investors, but for most institutional investors it wouldn’t be viable.”
But, he adds, as investors increasingly incorporate ESG issues into their credit risk analysis, green bonds may trigger a broader pricing benefit for issuers.
“Green bonds can send a signal to investors that the issuer deals with environmental risks strategically, and that can say something important about both the quality of their management team and their potential risk exposure. So it’s possible to argue that, in the long run, the whole curve of that issuer might trade a couple of basis points tighter.
“So you can talk about price differentials, but you must always talk about in it relation to credit risk, because in the end that’s what drives credit markets.”