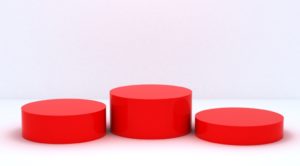 The one-year old Principles, highlighted by IFC CEO in RI today are unusual in requiring public disclosure along with independent verification (Principle 9).

IFC has started to publish signatories’ so-called “verification statements” assured by organisations such as PwC and KPMG, or in some cases internally. US-based impact investment consultancy Tideline, who also provides independent verification, has published a report analysing alignment with the nine principles.

Christina Leijonhufvud, Managing Director at Tideline, says they generally excel in terms of how they are articulating their strategic intent and their impact objectives represented by Principles 1 and 2. “That’s pretty symbolic of the significant strides that the market has made in implementing common taxonomies and frameworks like the Sustainable Development Goals or the Impact Management Project,” she says.

But, the report finds investors fall short on Principle 7, “conducting exits considering the effect on sustained impact”, with only 23% in alignment. “There is no doubt that Principle 7 is the greatest area of challenge. I think it has set quite a high bar for impact investors to have a very disciplined and systematic approach to considering the effect of exit on the sustainability of impact,” says Leijonhufvud.

Public market investors have especially struggled, finds the report, which says “most transactions take place in the secondary market, where sales have little effect on an investee and investors have little control over who buys the security they sell”.

“For example, we have assigned one “Not Applicable” rating on this Principle for an investor in publicly-traded, fixed-income securities whose approach to exits has no apparent potential effect on the sustainability of impact.”Investors also struggle with Principle 3, “establishing and articulating their own contribution to the achievement of impact”.

“We had mixed results,” says Leijonhufvud. “With only about 38% of investors compiling what we would call robust evidence to support their contribution narrative.”

The report says: “Investors have room for improvement in how they monitor unintended impacts and hold investees accountable for ESG or impact underperformance.”

The sample of investors analysed range from big mainstream investors like UBS and KKR, to more dedicated impact investors like Calvert Impact Capital and DFIs like the EBRD. They have different strengths and weaknesses.

“Many of the mainstream asset managers who might be newer to impact have pretty robust and comprehensive systems for ESG performance management,” Leijonhufvud says. “But they were still struggling with some of the other aspects of impact measurement and management. Whereas we found that the more ‘pure play’ impact managers are newer to ESG risk management practices. So another really important element of the Operating Principles is that it is bringing these two ends of the spectrum together in one framework.”

Other interesting findings in the report were that less than half the sample (46%) considered or implemented staff incentive systems explicitly aligned with the achievement of impact.

“I think many of the signatories recognise the importance of that,” says Leijonhufvud. “But it is a newer area and many signatories firms are still thinking it through.”

“The Principles represent a really great North Star for the market,” she says.

“The combination of universal standards and the need for verification is the foundation of instilling trust in the integrity of the impact label, which has been of increasing concern as the market has scaled rapidly in the last year and more mainstream players have entered.There have been concerns about impact-washing and we’ve seen the Principles act as an antidote to that.”