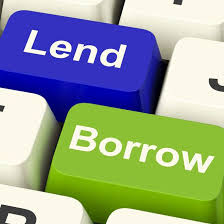 As RI already noted here, SRI firm Calvert Investments has applied to the SEC for an interfund lending facility, which allows one fund to lend cash to another fund to deal with liquidity or cash flow problems.
The problems arise when investors in the funds send in redemption requests, that is requests for the funds to sell shares they have invested in order to realise cash, or when a securities sale fails. In the request, filed on 19 January this year (an earlier request had been made in August last year), Calvert says that some redemptions can take several business days and that the delay is usually dealt with by borrowing the money from a bank to satisfy the request immediately. “This situation could arise when shareholder redemptions exceed anticipated volumes, and certain Funds have insufficient cash on hand to satisfy such redemptions,” says the request.
But why would an investment fund need to request such a facility? The SEC has instituted a whole spectrum of securities laws that are designed to prevent self-dealing and insider trading within investment firms. And it is exemption from these laws that the request is seeking. Calvert believes that it will not constitute a conflict of interest and neither the fund itself, nor any advisors, have any “pecuniary interest” in managing the facility. Calvert intends to “(1) reduce the costs that would be incurred in borrowing from banks and other lenders and (2) earn higher interest rates on their cash balances.” It will do this by using an “interfund rate” which is designed to be higher (more profitable) than the “repo rate” and lower (less costly) than the bank loan rate. The “repo rate” is the rate of interest that can be earned on a repurchase agreement, which is equivalent to a securities lending agreement, the merits and demerits of which I have already discussed.
Funds will only engage in interfund lending if shareholders have approved it and if it has been disclosed in the fund’s prospectus. It also must be consistent with the fund’s investment objective.
Apparently, at Calvert, as at many other funds, “certain Funds may, at any given time, be investing their daily cash balances in repurchase agreements or other short-term instruments with banks or other lenders.” It is these cash balances that would be available for interfund lending.
All of the other funds noted as having such a facility in the request – BMO Funds, Ivy Funds, DFA, Vanguard, Fidelity, John Hancock, Principal Funds and Northern Funds – are just regular mutual funds.In a quick survey of other SRI firms, Zevin Asset Management, Trillium Investment Management and Walden Asset Management indicated that they had no such facility.

The SEC lists investment firms that have applied for and been granted interfund lending facilities.

While we understand that it is the fiduciary duty of investment managers to maximize returns, Calvert’s aims are not simply to maximize returns but to do so in a long-term, sustainable fashion. Its mission statement is: “Our mission is to deliver superior long-term performance to our clients and enable them to achieve positive impact.”

None of the other SRI firms I spoke with expressed concern that one of the leading social investors had applied for an interfund lending facility. I talked to Calvert about this and a company spokesperson replied with a prepared statement:
“Calvert leadership’s multi-faceted plan to align everything we do to shareholders’ best interests extends beyond investment strategies, research capabilities and fee reductions. Our interfund lending application exemplifies how Calvert is also working to streamline a number of financing and operating processes. We believe interfund borrowing will help reduce costs and create internal efficiencies that allow us to allocate more time and resources to generating principles-based value.
“When our CEO John Streur served as president of Managers Fund, he applied for and received approval for the same interfund lending approach. This is now another instance of John and his team applying their deep experience to ensure Calvert lines up with other industry leaders. Although we know it takes months to review applications, our leadership believes that the value of affordable, efficient financing will compound over time to benefit shareholders.”
The biography of Calvert’s relatively new CEO, Streur, notes that he has been managing socially responsible investments since 1991, though not exclusively. Previously, Streur spent 20 years at Managers Investment Group, which he co-founded; a broad mutual fund. So what we are seeing are simply accepted practices that maximize shareholder value migrating from the general investment sector to the SRI sector.