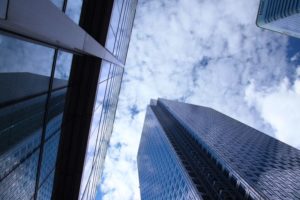 It’s been bubbling under the radar for some time but, as we report today, the Church of England’s critical words about proxy advisors and recommendations on climate change resolutions at AGMs has thrust the issue into the open.

The firms, most notably ISS and Glass Lewis (the dominant players), are in a difficult position, caught between a rock and a hard place.

On the one hand they are beset by a regulatory push in the US that is driven by corporate interests. They have emerged as a stick for the US Chamber of Commerce and the mysterious Main Street Investors Coalition to beat investors with.

Now they are being attacked by their own client base: institutional investors, with Adam Matthews of the Church of England saying their “inertia” could scupper projects like Climate Action 100+.

Matthews has emerged as a prominent voice in recent years: he’s co-chair of the Transition Pathway Initiative and has been pivotal in the investor actions in the mine tailings issue.

The last thing the proxy firms need is a PRI working group dedicated solely to whether they are ‘fit for purpose’ in terms of climate change, with Matthews as the main witness for the prosecution.

This added pressure comes at a tricky time for both ISS and Glass Lewis.

The former has been fattening itself up for a public listing with a string of acquisitions. It no longer sees itself as merely a proxy firm but as a provider of corporate governance and responsible investment “solutions”.

The latter has just seen its long-standing CEO step down unexpectedly.

ISS Chief Executive Gary Retelny told Responsible Investor in November 2017 that he saw a public listing within 18 to 36 months. That means, if this notional timetable is a guide, that some sort of listing should be expected within the next year or so. Indeed, Retelny said he’d be “very disappointed if it was longer than three years”.

But it’s a strange market for IPOs at the moment – witness the WeWork fiasco – so ISS may have to think long and hard about its listing plans. Friction with investors, i.e. clients and potential future shareholders, can’t help. So it’s disappointing that it declined to comment to RI on this emerging issue.As for Glass Lewis, it has undergone a leadership change recently, with KT Rabin standing down after 12 years at the helm. The company – owned by Canadian pension funds the Ontario Teachers’ Pension Plan and the Alberta Investment Management Corp. – says she will stay with the company as a member of the company’s Research Advisory Council.

Co-founder Kevin Cameron will return to the company as Executive Chair and assume overall responsibility of the executive team. Carrie Busch, another company veteran, has been appointed Chair.

Seven years ago, the European Securities Market Authority (ESMA) launched a consultation into the role of proxy advisors, eventually concluding that there was no “market failure” in the sector.

It’s a strange echo of those who say climate change is the world’s greatest “market failure”.

In the end ESMA recommended self-regulation, which ultimately led to the formation of the Best Practice Principles Group for Shareholder Voting Research, the nearest thing to a proxy industry trade group.

The body issues a code of conduct, the latest one being released in July. Given it is a non-prescriptive code, it’s not surprising that it makes no mention of climate or the environment.

It was advised by a stakeholder advisory panel which included investment figures like Richard Gröttheim, CEO at AP7, Ken Bertsch, Executive Director of the Council of Institutional Investors and Rients Abma, Executive Director of Dutch governance forum Eumedion and Carine Smith Ihenacho of Norges Bank Investment Management to name just a few.

In the light of the Church or England’s remarks today, it’s worth noting in passing that the panel included a representative from BHP, Vice President Geof Stapledon.

Both ISS and Glass Lewis would argue that they are merely implementing their clients’ wishes. This is no doubt the case, and their advice and recommendations go far beyond merely climate considerations.

But investors’ stance on climate change is dynamically changing, in some quarters. This new demand by the Church of England will help determine whether the proxy firms are part of the problem or part of the solution.