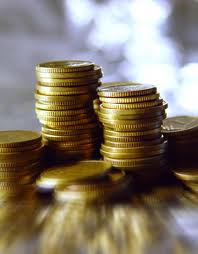 The recent announcement by Luxembourg, Europe’s largest investment fund domicile, that it wants to make responsible investment the ‘third pillar’ of its €2trn funds industry has fired the gun in the race to become Europe’s domicile of choice for sustainable funds. It’s up against arch rival Dublin, which has been working on similar plans. At stake is a potential asset pool of some €400bn, given that both jurisdictions are targeting around 10% of their assets, over time, going into responsible investment. The developments have the support of the top echelons of government in both Luxembourg and Ireland. Luxembourg Finance Minister Luc Frieden says socially responsible investing is an “additional tool to aid the diversification of the Luxembourg financial sector”. Irish Prime Minister Enda Kenny wants to “ensure Ireland is in the best possible position to capitalize on the financing needs of the future green economy”. It’s vital, however, that the right structures are put in place at the outset if these ambitious targets are going to be achieved – and investors are to get a good return, both financially and in terms of genuine sustainability. Luxembourg says it want responsible funds to rank alongside its existing mainstream funds structures, UCITS (Undertakings for Collective Investment in Transferable Securities), which are retail funds with a pan-European sales licence, and its AIFMD funds (Alternative Investment Fund ManagersDirective). Luxembourg fund association, ALFI, recently commissioned a study by consultants KPMG into the European responsible investment fund market, which provides an overview of existing asset vehicles. The Duchy is especially interested in new developments by the European Union to allow investments in social enterprise funds by UCITS registered funds. The EU recently took a step forward in allowing European mutual funds to invest up to 10% of their assets in newly labelled EuSEF social entrepreneurship venture capital funds with the adoption of a draft text by its Economic and Monetary Affairs Committee (EMAC). The aims of the adopted text, drafted by Sophie Auconie, a French MEP, and Philippe Lamberts, a Belgian MEP (Member of the European Parliament), include enabling mainstream investment funds to place money in social entrepreneurship funds, which invest in social enterprises that focus on social benefits over profits for owners and shareholders. The EU says such companies currently comprise up to 10% of EU firms and employ around 11 million people. The thrust of the EuSEF structure is to increase investment in innovative start-up social enterprise companies. The EU says venture capital for such firms is severely underdeveloped compared to the US. The latest amendments to the text, however, stipulate that neither venture capital funds nor their beneficiaries should be established in tax havens.

One factor in Luxembourg’s favour could be its existing LuxFLAG initiative, which provides assurance labelling for microfinance and, more recently, environmental funds. It has approved some 24 vehicles so far, representing around $3.48bn in assets. Interestingly, LuxFLAG grants labels to funds “irrespective to their country of domicile”. There are currently 33 firms signed up to LuxFLAG, including names such as Credit Suisse, Sal Oppenheim and Citi as well as accounting and law firms and private banks. A working group being set up by Luxembourg’s Frieden will look to see if any “legal rules and regulatory adjustments” are needed. Privately, funds chiefs in Luxembourg say they believe all investment funds could have to carry some form of sustainability label in the future. Ireland has, for the time being, taken a much more green orientated funds direction. Its Green International Financial Services Centre (Green IFSC), a body backed by the Irish Prime Minister’s office, says it aims to increase ‘environmental’ assets managed or serviced in the country from the current $10bn to $200bn “in the coming years”. Ireland has a head start on Luxembourg in green funds having already initiated a whole series of tax changes to try to attract sustainable investment. Earlier this year, it became what is thought to be the first country inthe world to provide for forest carbon credits in tax legislation. For its part, Ireland will point to the existence of Dublin-based Kleinwort Benson Investors’ environmental funds and a recent BlackRock renewable energy venture with NTR, the Ireland-based developer and operator of wind, solar, ethanol and sustainable waste management businesses. Enda Faughnan, the PwC partner who chairs the Green IFSC’s Tax Working Group says the group wants to create “the optimum business environment for green finance to flourish”. The way Irish officials see it, ‘green finance’ encompasses capital markets, investment banking and related advisory services, which support the development, finance and promotion of a low-carbon economy. It includes funding of renewable energy generation, energy efficiency measures, trading and management of carbon and cleantech/sustainable funds. There’s a solid economic rationale to both jurisdictions putting their weight behind sustainable finance. Market trends and the $30trn of assets signed up to the UN Principles for Responsible Investment have opened officials’ eyes to the potential fund administration upside of responsible investment.