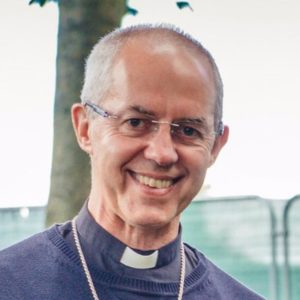 Recent events have highlighted two conflicting points of view – if not an outright “schism” – within the Church of England about whether to divest from one of the world’s leading fossil fuel companies, ExxonMobil.

On the one hand there’s the Archbishop of Canterbury writing in the New York Times over the weekend, speaking of the moral crisis of climate change.

This was followed up yesterday when a group of bishops — in what could be a coordinated move – called on the Church investing bodies to show “moral leadership” and divest Exxon.

In a letter to the Guardian five bishops and other religious figures said they were “especially concerned” about the Church’s investment in the US oil and gas major.

Welby, who is a former oil executive, is on record as supporting divestment in his capacity as president of the responsible investment panel at Canadian asset manager BMO Global Asset Management (the former F&C).

In May this year BMO excluded all companies with fossil fuel reserves from its Responsible Funds range – a move hailed by the Archbishop as “a most impressive piece of work”. The conundrum about whether to divest or engage was explored in detail by BMO’s Vicki Bakshi in an article for RI last month.

But the investment side of the Church is maintaining that continued investment and engagement, not divestment, is the right way forward.

An official spokesperson for the Church’s investing bodies told RI that: “We share [faith campaign group] Operation Noah’s concerns regarding climate change. We firmly believe (my italics) however that active investors have a role to play and strategic corporate engagement is too powerful a tool to be rendered ineffective by divesting. As our policies on climate change and extractives industries unambiguously state, we retain the option to disinvest if companies are unresponsive.”

The use of the term “firmly believe” in a faith/investment context is revealing. Welby says in his NY Times piece: “As people of faith, we don’t just state our beliefs — we live them out. One belief is that we find purpose and joy in loving our neighbors. Another is that we are charged by our creator with taking good care of his creation.”

Schism is a strong word, though I’m not trying to link it to matters of serious doctrine. But it does mean a “split or division between strongly opposed” parties “caused by differences in opinion or belief” — which is not so wide of the mark here.And the bishops’ letter also speaks of belief. “We believe that churches and other investors can and should support the shift from fossil fuels to clean alternatives through their investment policies.”

The media spokesperson added: “Clearly we share concerns about ExxonMobil. These concerns resulted in the successful passing of a resolution at the 2017 AGM, sponsored by us and others, requesting disclosure of scenarios analysis from 2018 by Exxon.”

As RI has reported, this resolution was the culmination of a campaign by the Church and leading US investors. The Church Commissioners’ Head of Responsible Investment, Edward Mason, went to the US to speak at the Exxon AGM in what turned out to be a pivotal vote; it was very much in the wake of the Aiming for A votes at Shell and BP in 2015.

The Church spokesman said yesterday: “We remain in private engagement with the company [Exxon], and fully expect changes in Exxon’s reporting practice on climate change as a result.”

In 2015, the Church divested from companies involved in the extraction of coal and tar sands but investment in major “mainstream” fossil fuel companies (and source of dividends) is an ongoing issue for all asset owners.

Just this week it launched a new policy on investing in extractive industries on Monday in which it said it might “disinvest from companies where engagement is rebuffed or is clearly not leading to progress.” The church’s investments are clearly doing well – last year the Church Commissioners made an investment return of 17.1%.

This is a serious, thoughtful and detailed project that assesses how companies are preparing for the transition to a low-carbon economy. The funds supporting the TPI use it to inform investment decision-making, engagement with companies, dialogues with fund managers and with policy makers.

The Church, especially with the Exxon resolution and the TPI, has in my view been providing leadership. But it may not be enough to convince those within the Church that reject this nuanced approach.