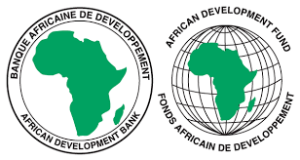 The African Development Bank (AfDB) has raised $500m with its second green bond, a three-year, triple ‘A’-rated security that was 70% subscribed to by such prominent responsible investors as AP2 of Sweden, TIAA–CREF of the US and Austria’s Raiffeisen Capital Management.

Assured by CICERO (Centre for International Climate and Research – Oslo), AfDB said in a statement that the bond would “support African countries in their adaptation and transition towards green growth.” At the time of its first green bond in October 2013, the bank said that such support meant funding renewable energy, urban transport, waste management and water access.

AfDB’s second green bond pays a coupon, or interest rate, of 1.375% per annum and matures on December 17, 2018. The spread relative to US Treasuries is around 18 basis points. Barclays, Crédit Agricole and Deutsche Bank were the bond’s book runners and it began trading on Luxembourg’s exchange on December 9.

In terms of the investors, the AfDB said it attracted 32 buyers, 70% of whom were known for green or responsible investing. Apart from AP2, TIAA–CREF and Raiffeisen, these include US-based BlackRock and State Street Global Advisors and Zürcher Kantonalbank of Switzerland. Such investors made up 84% of the buyers of AfDB’s first green bond.

“Our dedicated green investor base showed their strong support for AfDB’s role in helping African countries toaddress climate change, and the issue was the perfect backdrop to the COP21 conference taking place in Paris,” said Keith Werner, AfDB’s Chief Treasury Officer. By 2020, the AfDB says it will bring its funding of green transition and climate change adaptation projects in Africa to $5bn annually.

“With this new green bond, AfDB has positioned itself as one of the market leaders in this fast growing asset class. The issuer’s strong green bond framework and its ability to engage the market has generated a very positive reception from green investors,” added Benjamin Moulle, Managing Director at Crédit Agricole. Other big issuers of green bonds include the European Investment Bank (EIB), which pioneered the security, German development bank KfW and the International Finance Corporation’s (IFC).

In related news, the IFC’s first green bond issued in South African rand has begun trading on the Johannesburg Stock Exchange. The IFC took in ZAR1bn ($71m) with the nine-year bond, which pays a coupon of 8.7%.

Also, a report in Bond Buyer says New York’s Metropolitan Transportation Authority (MTA) is considering issuing up to $500m worth of green bonds in January or February. According to the report, MTA would have the bonds assured by the Climate Bonds Initiative in London.