Responsible Investor
Home Asset classes AP4 and ESG: “Many of the best opportunities are illiquid by definition”
Return to search
Asset classes 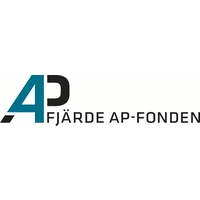 The third of our in-depth series looking at Sweden’s AP funds features Fjärde AP-fonden. For an outline of the law changes discussed, see here.

Speaking to RI at the tail end of 2018, AP4’s CEO Niklas Ekvall echoed the claims of his peers at AP1 and AP2 when he said the looming update to its ESG rules “would not change anything overnight”.
The reality though, is that less than three weeks after the new legislation came into force, the SEK367bn pension fund announced divestment of SEK3bn (€293m) from nuclear weapons and oil sands, triggered by the new law. It was the first concrete example of how greater pressure on the funds to align with the Swedish state’s international commitments might alter the face of their portfolios. The decision saw 45 companies removed from AP4’s universe, bringing its exclusion list to nearly 100 companies. It already excludes thermal coal, tobacco, mines, cluster bombs and cannabis.

Despite downplaying the immediate impact of the law changes, Ekvall is – of all the AP chiefs that took part in this series – the most bullish on the potential for the new legislation to lead to profound and exciting ESG developments, particularly as a result of the asset allocation changes.
“Today we’re quite restricted in the formats and investment vehicles we can use, especially around illiquid assets,” says the former Head of Asset Management at AP3, Nordea and Carnegie, and ex- Head of Treasury at Nordea Bank. But the new rules have already given the first four AP funds the ability to invest more in unlisted assets; and the second stage of changes, expected in the summer, will provide more detailed rules on the formats they can use.
“We are currently limited more or less to private equity funds, which are not ideal, partly because there can be governance issues there, but mainly because they are an expensive way to invest,” he says, adding that the next set of legislative changes should solve that, giving them the freedom to use more cost-efficient approaches, as well as opening up AP4’s access to illiquid credit and infrastructure.
This will in turn accelerate the fund’s ability to support sustainability.
“Many of the good sustainability investment opportunities – and the ones with strongest impact – are in new green technologies and sustainable infrastructure, which are illiquid by definition. So we need the second stage of the legislative changes to help us with the first.”Assuming the laws do go through this summer (there is strong cross-party consensus, so it is expected to pass without much opposition), AP4 will pursue – among other things – co-investment on green tech and growth companies, going in directly, alongside PE funds. “The smaller PE funds don’t have the capacity to help scale some of these companies that are developing important solutions,” explains Tobias Fransson, Head of Strategy and ESG. “But if we invest in parallel we can make sure that process happens.”
AP4’s seen some turmoil when it comes to its ESG journey in recent years. Its reputation in the space developed largely under its former CEO, Mats Andersson, one of the most highly regarded thinkers in sustainable finance at the time. During his leadership, AP4 turned its attention to climate change, in 2011. In 2012, it put out its first low-carbon mandate, followed in 2013 by its first green bond strategy. The year after, it helped to launch the Portfolio Decarbonisation Coalition, a global initiative with the UN Environment Programme Finance Initiative; the same year it co-seeded a ground-breaking (and much criticised) low-carbon index with MSCI, stumping up – along with France’s FRR – €1bn in investment into a fund tracking the product.
Andersson’s departure in 2016 left many wondering if AP4 could retain its reputation as a leader on ESG, especially as, in the years that followed, it said goodbye to more key staff that had earned it green status: green bond expert and credit trader Ulf Erlandsson and Michael Johansson – the point person for AP4’s climate commitments after Andersson’s exit – both left in 2017.
But since then, AP4 has been quietly revising its green strategy, in a bid to make it more “robust”. Under Andersson, it made a slightly vague commitment to decarbonise its entire public equities portfolio (the commitment didn’t include a formal target for what counted as decarbonisation). Under Ekvall it has continued this process, reducing the carbon emissions of 32% of its entire global equities portfolio by around 60%, compared to its benchmark; but it now has a formal sustainability framework and ‘activity plan’ as well.
“We have now properly integrated sustainability into our investment principles. That means we require our own portfolio managers and our external managers to make ESG considerations in all the investments they make for us,” says Ekvall.
On low-carbon specifically, the big change has been to pull the mandates in-house. AP4 no longer uses the MSCI Low-Carbon Leaders Index it famously backed in 2014, and last year brought “some” low-carbon mandates in house, but did not disclose which. Internal mandates are quant-based and benchmarked against a mainstream MSCI index.

“Running the strategy internally gives us more control, so we can keep innovating as we go, and engage with the companies more easily.”
On the fixed-income side, AP4 has been much slower in integrating ESG. It continues to be a big investor in green bonds, and has a project underway to try and capture the carbon footprint of its bond holdings, but Fransson says data is an issue.
“Only 0.5% of our portfolio is in corporate bonds. Most of our credit is in mortgage-backed and supranational issuance, where no straightforward climate data is available. So for us, it’s most relevant to remain focused on our equities portfolio.”
Sovereign bonds are especially tricky, says Ekvall. “It’s difficult to engage with sovereign issuers,” he says, laughing: “I’m not sure Mr Trump would listen if I told him I disagreed with his policies on climate change.”
But engagement is still the “main tool” for AP4 on ESG. “We voted on more than 1000 companies in 2018 and that will increase this year.”

Along with climate and the environment, Ekvall says corporate governance is “our other special focus area”, claiming the fund had one of the first ownership policies in the world, introduced in 1986, and was part of setting up Sweden’s first nomination committee. It’s now part of more than 35 nomination committees in Sweden, a country which operates a system of shareholder-led committees, in a bid to encourage responsible stewardship by investors.
As a result of the emphasis on governance, key voting topics currently include remuneration, tax avoidance and the separation of boards and executive management.
On the TCFD, something the first four funds have all committed to report against in future, AP4 has some experience already. Like AP2, it integrated some of the recommendations into last year’s annual report, but Fransson says data from corporates is, just like with bonds, a major stumbling block.“The challenge that we face as investors is that companies don’t really disclose the data in a consistent way to enable us to align with the TCFD,” he says, adding that – although carbon data is better than much of the information for other ESG issues – “last year we looked at what was being offered by most of the vendors in the market, to see the quality, and there are still issues there”.
Ekvall adds that the work being done by the EU on ESG disclosures and classification (the latter through the ‘green taxonomy’) will be welcome “if it means ESG reporting becomes standardised”, but he does “have some concerns about the taxonomy”.

“The problem I may have will come if the EU tries to standardise and define everything. They need to realise that some things are not ready to be classified yet, and if you do it too thoroughly then you risk steering all of the investment in one direction, and that may lead to investors missing out on opportunities and possibly financing the wrong thing from a sustainability perspective, too. You could end up with more investment risk, not less, but hopefully they will find pragmatic solutions.”
But investment risk is already present, he acknowledges. “Our approach to climate change is driven by the simple belief that carbon is mispriced in the marketplace at the moment, and that presents serious risks for us as investors that we’re trying to reduce.”
Going forward, Ekvall says AP4 will broaden its focus from risk to opportunity, being more proactive about finding climate change’s “winners” – those developing solutions, particularly in technology, green energy and resource efficiency. “We plan to develop a clearer idea of how much momentum these different trends have and which parts of the value chain will benefit the most, and we may introduce some specific mandates as a result, particularly around illiquid assets.”
Integrating climate considerations into investment decisions “won’t spark a revolution”, he says. “But eventually it will have a significant effect on what our portfolio looks like.”