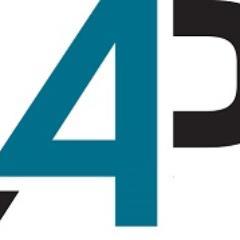 Fjärde AP-fonden (AP4) is looking at “other directions” it can take its climate change investment strategies in, including divestment.

The Swedish state pension fund has committed to moving 100% of its equities into low-carbon strategies by the end of the decade – the most ambitious investor pledge so far – and recently extended its passive investment in the MSCI Low Carbon Leaders index, launched in 2014. But now it wants to expand beyond emissions intensity, according to Mikael Johansson, head of equities at the SEK312bn (€33bn) fund.

“Our plan was never to limit ourselves to one strategy, but to find a number of them that will help us meet our target,” Johansson told RI. “We are now thinking of finding new strategies that could complement the ones we have in place. That could perhaps involve excluding some of the mining and coal companies with the highest contribution to greenhouse emissions, or getting rid of those with the greatest fossil-fuel reserves,” he explained.

The MSCI Leaders Index has come under fire from some critics because, despite its low-carbon methodology, its sector neutral approach has resulted in ExxonMobil being the biggest holding. Johansson says an additional overlay that excludes the largest owners of major reserves – which he describes as a driver of “substantial risk” if carbon pricing is introduced – “will have a bigger impact potentially on the big names” in the index.Others have criticised investors like AP4 who focus on carbon intensity, because it does not account for other climate risks, such as advances in technology or damage to real assets.

“We’ve just dipped our toe in the water,” counters Johansson. “Carbon intensity is the first step we made, because we thought it was urgent to move quickly into something that would provide us with lower carbon exposure. We’ve done that through the MSCI index, and now we have lower exposure, but remain more or less in line with our benchmark. That’s a good start.”

“We are considering other directions.”

“Now we’ve done that, we are considering other directions. It could be divestment, or it could be investment into funds specialising in companies that contribute to the low-carbon economy.”

Johansson added that he expected further steps to be taken “in the next year or so”.