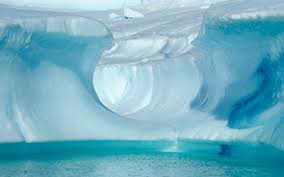 The World Economic Forum (WEF) has created the Arctic Investment Protocol that sets out a set of principles for responsible investment in the Arctic region that is estimated to need US$1trn (€0.9trn) in infrastructure over the next 15 years.

The initiative has been developed by the WEF’s Global Agenda Council on the Arctic and the protocol outlines six objectives for investors in the region to follow on a voluntary basis.

Established in line with the United Nations Sustainable Development Goals, the protocol has an emphasis on protecting the environment and respecting and including local and indigenous communities.

Blogging about the new protocol, Arctic Council member Jonas Gahr Store, Leader of the Norwegian Labour Party, said the Arctic was emerging as a region of vast potential due to climate change.

He said: “When I took office as Norway’s foreign minister in 2005….the main policy challenge of the Arctic at that time was the lack of international interest.

“As we enter the second decade of the 21st century, the Arctic is emerging as a region of vast potential, growing coastal state engagement, and increasing attention from all corners of the globe, including from China and India.

“This transformation has been driven by climate change, with melting ice as the most striking evidence of a warming planet. New transport routes have opened up, connecting the Atlantic to the Pacific and paving the way for the exploration of resources ranging from fish to minerals. Meanwhile, Russia has emerged as a regional power after the internal turmoil of the post-Soviet period.”

Store also stressed that while there was potential in the Arctic region, there was also the risk of tensions, rivalry and even conflict; and said establishing norms and standards of international law to the Arctic was important.“We are beginning to see the development of broadly shared norms as the Arctic emerges as a global investment opportunity,” he said. He says the protocol aspires to promote sustainable economic growth and “build resilient societies in a fair, inclusive and environmentally sound manner”.

Last week, Guggenheim Partners, the US-based investment and advisory firm with more than $240bn in assets – which traces its roots to the philanthropic mining dynasty – said it would be the first financial services firm to formally endorse the protocol; its Chief Investment Officer Scott Minerd sits on the Arctic Council’s board.

Minerd said: “Building a sustainable future for the Arctic region and its people requires long-term capital that carefully weighs environmental and societal impact.”

In a paper, Guggenheim says the Arctic will play a pivotal role in global trade, with more than 25% of Asia-Europe container trade expected to travel through the Northern Sea Route by 2030.

The six principles of the Arctic Investment Protocol: