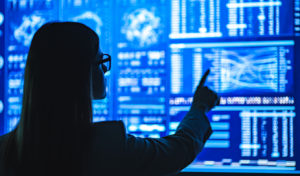 When Joe Keefe became president of Pax World Management (now part of Impax Asset Management) in 2005, he started thinking that women-focused funds could be a financial opportunity.

So, in 2006 Keefe decided to buy a small gender lens company he had come across in the early 2000s, launched by Linda Pei, a Chinese woman who immigrated to America in response to gender discrimination, and wanted to create a financial solution to the problem.

Today, Pax Ellevate Global Women’s Leadership Fund has amassed assets of $464.58m and has over the last five years returned 9.11% (average annual return) compared to 8.74% for its reference index, the MSCI World.

It’s one of the longest-running gender-lens equity funds. Since 2014, several more have launched on the back of research demonstrating that companies with gender diverse leadership teams perform better financially; and growing client demand for products that are aligned with the Sustainable Development Goals (one of which focuses on gender equality).

Observers say these funds’ focus on engaging on gender diversity, especially on data collection and disclosure, is shifting the agenda.

“With all the research suggesting that more women in leadership drives performance, why would you overweight your portfolio toward older white males? But that’s what you do when you invest in an S&P500 index fund” – Joe Keefe

In this feature for International Women’s Day, RI looks in more detail at their strategies and financial performance, focusing on global equity funds.

The Pax Ellevate Global Women’s fund changed from an actively-managed strategy to a ’smart beta’ one in 2014 – a move which improved its performance, says Keefe.

It created the now-named Impax Global Women’s Leadership Index, based on the MSCI World Index, which rates companies on the number of women on boards and in senior management, and other criteria such as disclosure and gender pay gaps.

Of the rated companies, the first quartile – approximately 400 firms – make up the Impax index that the Pax Ellevate gender-focused fund uses.

Keefe points out that one of the most basic rules of investing is portfolio diversification.

“We believe that, with all the research suggesting that more women in leadership drives performance, why would you overweight your portfolio toward older white males? But that’s what you do when you invest in an S&P500 index fund or an MSCI index fund that doesn’t apply a gender lens.”

Prior to launch, Lyxor surveyed its clients on sustainability themes and found their investment priorities tended to be climate change, water and gender equality.

It created the Lyxor Global Gender Equality ETF after meeting with Diana Van Maasdijk from Equileap – a well-respected Dutch NGO providing data and insights on gender equality in the corporate sector that is used by many investment managers. The fund has 150 equal weighted stocks tracking the Solactive Equileap Global Gender Equality Index, although geographical disparities on gender equality mean the fund diverges from the index on country exposure.

“The fund has a minimum of 50% US companies, while the Equipleap scorecard has only 15%, which would be simply impossible to propose to the market, even retail investors,” says Millet. “But the index still has significant underweights in US and Japanese stocks [a country lagging on gender diversity] and overweights UK, Scandinavian, Australian, French and Dutch stocks.”

The fund however, has not done well compared to Lyxor’s other thematic ETFs. “We are frustrated that the fund is still very small compared to other ESG ETFs we have,” says Millet. “It is only €16.4m, while our green bond ETF that launched at the same time has raised €277m. You see the difference – climate action was easier to market, especially recently.”

But Millet thinks the fortunes of the gender ETF could be changing. “It has had very encouraging secondary market volume on the stock exchange since September of last year. This is quite new because for a year-and a half there was no volume. It is a very good sign, as our green bond ETF started to take off with secondary market volume.”

The fund slightly underperformed the MSCI World Index in 2019, returning 9.02%, but Millet says that over a longer period it is in line with global indices, and isn't necessarily a theme with particularly high return expectations.

“Some difference in performance can be explained by country or industry overweights. It’s too early to confirm if there is an equity premium. This is something that has been established by the back test in the past and we still have to demonstrate now.”

UBS also has a Global Gender Equality ETF based on the Solactive Equileap Global Gender Equality Index – a joint venture between UBS Wealth Management and UBS Asset Management. The 100-stock fund, that has 50% exposure in US, and 50% in other developed markets, has raised $246m from a diverse range of clients, especially in the Netherlands, Scandinavia and the UK, says Andrew Walsh, Executive Director, UBS Exchange Traded Funds.

Over a two-year period, the fund – which has a 2% tracking error against the MSCI World Index – has slightly outperformed its index at 11.62%.

The RobecoSAM Global Gender Equality Impact Equities fund has seen outperformance of 2.7% since its inception in 2015, according to its portfolio manager Junwai Hafner-Cai, who adds: “The fund has a risk profile of 10.3% and the MSCI world is 10.8%. So it is with slightly lower volatility, and an information ratio of 1.4. We are quite satisfied with the result.”

The fund is based on the RobecoSAM Gender Score – six criteria that Hafner-Cai says go beyond simply counting women at board level, also covering factors such as nationality and ethnicity. It also looks at workforce gender split, equal pay policy and remuneration. Hafner-Cai says it uses data from the S&P Global corporate sustainability assessment to help this process.

“It is a combination of both publicly available information and self-disclosure via a questionnaire. Over the five years we’ve been seeing disclosure rates go up.”

Anne Tolmunen who runs the AXA WF Framlington Women Empowerment Fund has also seen data on gender improve recently. “We’ve seen a number of data providers looking into this topic seriously, ranging from the Bloomberg gender equality data, to Equileap and Thomson Reuters. In Silicon Valley, for example, racial and gender equality has become more of a topic, so there’s been a bit of self-disclosure.”

Tolmunen also said government pressure in countries such as in Japan, and concrete legislation in Europe, is moving the agenda.

The AXA fund excludes companies with less than 20% of women in their executive team and on their board. “We need to have both,” says Tolmunen.

The fund also has exposure in emerging markets, although the thresholds are lower: there must be at least one woman on the board and executive team. AXA is engaging in these countries, as there is less of a public and regulatory push.

Along with quantitative analysis, the fund assesses elements such as workplace equality and human resources policy frameworks to help it analyse companies.

The 50-stock fund’s annualised performance has been 8.10% compared to 8.13% for its reference benchmark.