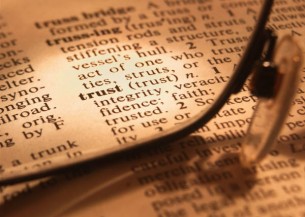 A major new report on engagement between institutional investors and public companies has suggested that asset owners may be in breach of their fiduciary duty to their beneficiaries if they fail to engage with investee companies.
“Resistance or omission by asset owners to paying proper regard to engagement as being part and parcel of their responsibility as owners lies at the heart of the lack of effective and constructive shareholder engagement with boards of companies,” the report argues. “This could be construed as an abrogation of fiduciary responsibilities.”
The 50-page An Investigation into Stewardship – Engagement between investors and public companies: Impediments and their resolution was compiled by Charles Cronin, former Head of Standards and Financial Market Integrity EMEA at the CFA Institute and John Mellor, Founder and Executive Director of the Foundation for Governance Research and Education, a charitable trust.

The authors argue that it may never even have occurred to pension fund trustees with limited investment experience that “their responsibilities go beyond quantitative measures framed by a series of short-term returns”. They support the recent report on fiduciary duty released by Fair Pensions.
And they explain that, with some exceptions, the quality of dialogue between the investment management industry and company boards “is insufficient to facilitate effective and constructive engagement.”

The study was compiled with the input of a “taskforce” of well-known investment figures such as Alan Brown, CIO atSchroders, Howard Jacobs, Trustee Director at the Universities Superannuation Scheme and David Pitt-Watson, chairman of Hermes Focus Asset Management.
It also had input from Michelle Edkins, Global Head of Corporate Governance & Responsible Investment at BlackRock, Will Oulton, European Head of Responsible Investment at Mercer, Lindsay Tomlinson, Chairman of the National Association of Pension Funds and Roger Urwin, Global Head of Investment Content at Towers Watson. Several prominent senior corporate executives were also involved in the project, among them Sir Roger Carr of Centrica, Lord Simon (ex-BP) and David Tyler (Sainsbury). It was produced in cooperation with the European Capital Markets Institute.
The report highlights the fact that stewardship is rarely part of asset owners’ mandates with managers – although companies have “expectations that institutional shareholders, especially major shareholders, will engage”.
It argues that as stewardship helps to preserve value, there is an opportunity cost of not exercising stewardship which results in the “the suboptimal allocation of shareowners’ share capital”.
The three key impediments to effective stewardship are identified as 1) a lack of direction from asset owners 2) cost and 3) cultural and structural barriers. In addition there are a range of impediments to stewardship, ranging from “blockages and confusion” in the investment chain and resistance to the disclosure of voting records.