Responsible Investor
Home Asset classes Investors and consultants: now you must act on the CA100+ benchmark
Return to search
Environmental 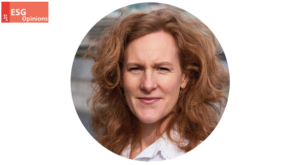 We are four years into the work of the CA100+ initiative, which began in 2017 when atmospheric carbon was 405ppm, an already dangerously high level. At the current rate of growth, levels will hit 500 ppm within 50 years, putting us on track for well over 3 degrees C (5.4°F) of global warming – a level that scientists warn will cause repeated bouts of extreme weather and sea level rise, endanger global food supplies, and cause disruptive mass migrations, droughts and fires. This is not a good prognosis for any living creatures on planet earth, including the millions of pension savers whose assets are managed by fiduciary investors in the CA100+ initiative.

The emergence of a CA100+ corporate benchmark is a highly welcome development, and this first benchmark offers an honest and granular picture of the pace of transition underway by the world’s 158 highest emitting public companies. For sure there is room to improve and evolve the benchmark’s design, for example by using a 1.5℃ reference scenario and by explicitly addressing the role of carbon dioxide removal. Nevertheless, this is a powerful piece of work, which has avoided sugar coating the state of play.

Overall, what the benchmark reveals alongside scores of individual data points on companies is one simple story: despite the potential of CA100+ to be a major force for good, it has so far made very limited progress in driving the biggest emitters in the corporate sector to operate in ways that are safe for humanity and minimise climate-related financial risks.

Despite the potential of CA100+ to be a major force for good, it has so far made very limited progress in driving the biggest emitters in the corporate sector to operate in ways that are safe for humanity and minimise climate-related financial risks

The logic behind the CA100+ initiative has always been compelling and remains so. The world’s largest institutional investors have highly diversified portfolios and many have holdings in the same high carbon companies. It therefore makes perfect sense to carve up amongst those investors the task of leading a dialogue on low-carbon transition with the boards and management teams of these most systemically important companies.

CA100+ has three big asks of its target companies: implement a strong governance framework for climate, reduce emissions, and provide disclosure aligned with the recommendations of the Task force on Climate-related Financial Disclosures (TCFD). Despite the commitment to improving corporate disclosures, CA100+ has itself been unwilling to disclose which investors are leading the dialogue with which companies. This is becoming embarrassing. Two years ago, in the Spring of 2019, CA100+ investors were challenged in an open letter from civil society organisations to make this vital information publicly available. We argued that without this basic level of transparency from CA100+ there would be no accountability for progress; and without accountability, there was a risk of making only meagre progress. Two years on, the case for disclosure by CA100+ of the lead engagers’ names is as strong as ever.

We are on the cusp of the fourth proxy season since CA100+ was launched. As we head towards the COP26 in Glasgow, investors must do all they can to make this proxy season count. Voting decisions are a matter for each participating investor in CA100+, and the largest of them will be evaluated by civil society organisations on their voting record over the coming months. Whilst investors have taken responsibility for benchmarking investee companies, it is our task in civil society to benchmark the climate performance of investors themselves, including their stewardship performance.

The new company benchmark provides all the information needed for investors to step up this proxy season and use their votes to catalyse the deeper change we need. Investors have plenty of tools at their disposal to make an impact. Looking back over the last several years, there’s arguably been an excessive focus both in the investor community and in civil society on climate-related shareholder resolutions. These have undoubtedly been a critical catalyst of useful conversations and represent a potent form of stewardship, but shareholder proposals have perhaps served to take attention away from the most powerful votes cast each year by big investors at AGMs: those to appoint the directors. In a welcome move, BlackRock has made clear the importance it attaches to director votes to enforce its expectations on corporate climate performance. That said, like everyone else in CA100+, BlackRock must now deliver the goods.

Where these fund managers have holdings in companies scoring particularly badly in the CA100+ benchmark, it seems only right to expect them now to call time on their directors

Scoring in the new benchmark allows everyone to identify who the weakest performers are amongst the target companies. 10 companies failed to even partially satisfy any of the elements in the assessment. There is surely now a powerful case for CA100+ investors to vote against the reappointment of directors of the worst performers in their own benchmark. Why not be bold in this year of the Glasgow COP and send an unambiguous signal to the chairmen of the lowest scoring companies?

Bold action is particularly called for from members of the 30-strong Net Zero Asset Manager Initiative. They have pledged to “’implement a stewardship and engagement strategy, with a clear escalation and voting policy, that is consistent with our ambition for all assets under management to achieve net zero emissions by 2050 or sooner”. Where these fund managers have holdings in companies scoring particularly badly in the CA100+ benchmark, it seems only right to expect them now to call time on their directors. Can it possibly serve clients’ interests to reward the directors of these laggard companies by electing them for another term of office?

Asset managers will make the vast majority of voting decisions this proxy season but there’s a critical role for asset owners. In a recent speech to the Pensions and Lifetime Savings Association, the UK’s pensions minister, Guy Opperman, who has implemented far reaching new climate requirements for the pensions sector, made his expectations clear.  “It seems to me,” he said, “you cannot have a passionate belief in pensions, which I do, and the acceptance that pensions are about saving for the long term, if you don’t accept that climate change is the defining issue that is going to determine the long term.”

He went on to say: “Trustees need to start to use voting policies as a consideration in selecting managers, and where their voting policies are weak they need to demand change and then demand the ability to set their own voting policy as a condition of appointment.”

Selection of asset managers is a process guided very often by investment consultants. They too have a big role to play in this year of the COP. Consultants could work with groups of clients in the coming weeks to signal expectations of asset manager-voting this AGM season. Consultants can also help join the dots between equity holdings and corporate bonds. Asset owners in the CA100+ initiative, supported by their investment consultants, could set clear expectations for bond managers not to reward the lowest performers in the CA100+ benchmark by buying up their issuance until credible climate transition plans have been published by their boards and approved by equity holders.

The world’s politicians have a mammoth task ahead in Glasgow. To put a fair wind behind the COP negotiations, deeds not words are needed from the global investment community in this forthcoming proxy season. Citizens and savers of the world are watching.

Catherine Howarth is the CEO of ShareAction