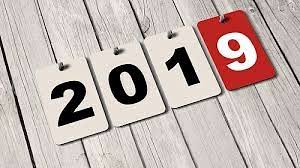 This is the first of two features looking at the outlook for the 2019 US annual voting season. The next article covers the preview from the Interfaith Center on Corporate Responsibility (ICCR).

Proxy Preview 2019, is out, recording at least 386 shareholder resolutions on environmental, social and sustainability issues for the 2019 proxy season, with 303 still pending as of February 15.

While many have been withdrawn because of agreements with companies, only six have been omitted in the face of company challenges at the Securities and Exchange Commission (SEC), though 54 additional challenges are awaiting decisions. Overall numbers this year are likely lower than normal, says the Preview, because of the six-week government shutdown, which included the SEC. The shutdown has also meant that little information is available on the shifting interpretation by the SEC of shareholder proposal rules. Last year, Heidi Welsh of Si2 said during the webinar, climate change resolutions were disproportionately affected by successful challenges at the SEC, and it is still too early to tell whether this trend will continue.
Corporate political activity and environmental proposals, mostly to do with climate change, make up just under half of the resolutions this year. Board diversity and oversight, sustainability, human rights and decent work contribute about 10% to 12% each. Welsh also conducted a more recent analysis – included in the slide deck for the webinar – which showed that numbers of shareholder resolutions continued to rise since the publication of the report, though because of agreements, the number voted on might fall.
There are fewer climate-related proposals in 2019, and it is not clear if proposals seeking greenhouse gas (GHG) emission goals will be struck down by the SEC following the EOG Resources decision in 2018. Ironically, EOG has now agreed to set targets! Several reformulated proposals will test the decision. There are double the political spending proposals compared to last year, though lobbying proposals are down. Half as many diversity resolutions were filed this year compared to 2018 that seek data on the gender, race and ethnicity of employees
Of newer proposals, plastic “nurdles” (also known as pellets) are being targeted as pollution at four petrochemical companies. Another new resolution asks companies not to require mandatory arbitration and non-disclosure agreements. On diversity, a new proposal targets diversity in management and another asks to include sexual orientation and gender identity in the definition of desired diversity for directors. Another set of new proposals ask about online child sexual exploitation, as well as seeking information on complicity in conflict zones at travel companies. Amazon received a new proposal about facial recognition software being used by US Immigration and Customs Enforcement. New proposals also raise new issues on: “racism, immigrant detention, drug pricing and the social impact of Amazon.com’s business”. And, as we have previously reported, other proponents are testing out resolutions calling for reporting using the metrics defined as material by the Sustainability Accounting Standards Board (SASB).There has been a surge of resolutions about pay equity and working conditions over the last four years. Thirty-one of 38 proposals about decent work are now pending – either awaiting a vote, or being challenged – and five have been withdrawn. While 10 of 29 proposals on pay equity are resubmissions, with four withdrawals, and a development at six companies looking for a global gender pay disclosures. The New York City pension funds and CtW have filed a new proposal at eight companies asking for an end to or a report on the use of mandatory arbitration and non-disclosure agreements.
Trillium has a new resolution asking about overdraft fees and their differential impact on poor and minority communities at Bank of America and JPMorgan Chase. The Investors for Opioid Accountability (IOA) campaign, led by Mercy Investments and the UAW Retirees’ Medical Benefit Trust, continues its work and received an early win this year when 60.5% of investors at Walgreens Boots Alliance supported one of its proposals
Again, as we have reported already, new resolutions on “immigrant rights and detention, child sexual exploitation, hate speech and privacy” have increased, to 44, with 33 pending and nine withdrawn. Resolutions were withdrawn at Bank of America and Wells Fargo, which both lend money to private prison companies that detain immigrants, after an agreement was reached with proponent the Service Employees International Union (SEIU). “A new resolution from the Nathan Cummings Foundation asks Amazon.com about how it addresses the spread of hate speech and restricts related products,” says the report and Alphabet, Facebook and Twitter are all facing repeat proposals “on how they manage problematic content”.
At least 28 proposals ask companies for reports on or policy development to encourage greater diversity on boards of directors, most at new recipients. The New York City pension funds are continuing its campaign for companies to produce board matrices, with proposals at eight companies. A series of proposals calling for board oversight focus on different hot button political and social issues from white supremacists to drug pricing. Some 33 of 44 sustainability report proposals filed are now pending, while nine have been withdrawn, and the increase in proposals seeking reports on how executive compensation is linked to ESG seen last year is continuing, with another 20 this year.
Finally, also during the webinar, Welsh noted that the support of large mutual funds for ESG resolutions that began in 2017 on climate change proposals, continued in 2018 with proposals on gun safety and the opioid crisis. On the same subject, Tim Smith of Walden Asset Management noted that the attitudes of many mainstream investors had changed considerably over the last few years, with many taking strong action in support of shareholder resolutions on ESG issues.

Disclosure: Responsible Investor is a media partner of Proxy Preview.