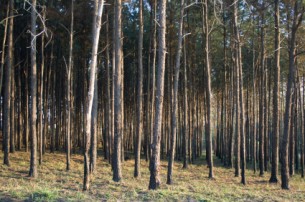 ATP, the Dkr355bn (€48bn) Danish public pensions giant, has added $38m worth of sustainable forestry investments to a programme it says will eventually reach between $400-500m. The fund has bought 59,177 acres of timberland in Wisconsin, taking its overall current forestry commitment to $70m. The fund calculates that its total forestry investment already has a storage capacity of 6 million tons of CO2. Earlier this year, Responsible-Investor.com reported that the fund, the fourth largest pension plan in Europe, had made an initial purchase of 38,000 hectares (roughly 95,000 acres) oftimberland at Upper Hudson Woodland in New York State for €24m.
Both timberland investments have been acquired by a recently created subsidiary of the ATP Group, ATP Timberland Invest K/S, which will also handle the remaining forestry purchases. The fund says it will only hold directly owned forests that are certified by the Forest Stewardship Council (FSC), which aims to protect local economic, social and nature interests. As a result, ATP says it will only currently invest in forests in North America, Australia, New Zealand and the EU.