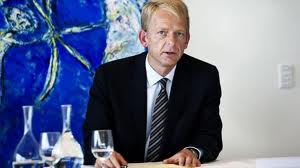 Bjarne Graven Larsen, one of the most influential figures in European institutional investment, is leaving his role as Chief Investment Officer at the giant DKR355bn (€48bn) Danish public pension fund ATP to become co-chief executive at pension fund-owned FIH Erhvervsbank.

Graven Larsen, who has been with ATP for almost 12 years, has been instrumental as United Nations Principles for Responsible Investment signatory ATP has become arguably the leading institutional investor in the climate change space.

Larsen has been at the forefront as ATP has introduced a €1bn climate change fund targeting emerging markets. The fund’s research and strategy chief, OleBeier Sørensen, chairs the Institutional Investors Group on Climate Change, a group of 58 investors with combined assets of around €5trn.

ATP and fellow Danish investors PFA Pension and Folksam announced late yesterday that Graven Larsen would take the helm at FIH alongside Henrik Sjøgreen and be responsible for capital markets, finance, development, human resources and communication. A spokesman for ATP confirmed he would be leaving the fund, the largest in Denmark.

The deal to take over FIH from Iceland’s now defunct Kaupthing was first announced in September – with ATP taking a 49.95% stake. ”Bjarne Graven Larsen has for several years made an excellent contribution and created outstanding results at ATP,” said ATP’s CEO Lars Rohde in a statement.

Earlier this year ATP excluded Japanese car firm Nissan over its links to arms sales in Sudan via its joint venture with China’s DongFeng Motor Co.