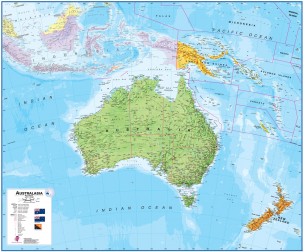 (Corrects to clarify that 89% of RI assets are integrated)

Some 89% of the responsible investment assets under management in Australia are managed via environmental, social and governance (ESG) integration, according to a new report from membership organisation the Responsible Investment Association Australasia (RIAA).

In the 48-page report, RIAA’s 12th annual survey, the association refutes the argument that responsible investment means sacrificing returns, saying: “This year’s report again blows this myth out of the water.”It points out that “core” RI funds are delivering better returns than both the benchmark and the average of all mainstream funds in all but one category across time periods (one, three, five and 10 years) in Australian equities, international equities and multi-sector growth funds. It points out that the 2012 average return for RI Australian equity funds was 21.45%. Perpetual’s Wholesale Ethical SRI Fund was the top performing equity fund in Australia – returning 39.7% – in 2012.

“With eight of the top 10 investment managers in Australia now signed on to the UN Principles for Responsible Investment, it would be fair to say that responsible investment has become mainstream,” RIAA says.

The association’s membership consists of 158 investment organisations and individuals, who manage over A$500bn (€352.6bn).

The report uses data provided by ESG researcher CAER compiled from 117 funds, over 100 advisers and 20 community finance organisations with the support of consulting firm Mercer and fund data group Morningstar.