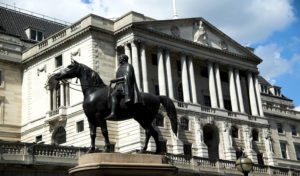 The Bank of England has laid out plans to tilt its corporate bond buying programme towards issuers doing the most to decarbonise their businesses.

In a discussion paper unveiled on Friday, the central bank revealed its current thinking on how it should integrate climate considerations into its own investments.

The paper discusses potential options for limiting future bond purchases to issuers with credible net zero plans, verified by a third party. However, it notes that this strategy would not be effective in the short term, as many companies are still developing their plans, and third-party verification is rare.

Instead, over the short term, the bank proposes tilting its purchases based on emissions intensity and reduction performance, among other metrics.

The move comes amid growing criticism that, despite its world-leading approach to managing climate risk in the UK’s financial sector, the central bank does not incorporate such issues into its monetary policy. As a result, it lends heavily to carbon-heavy industries through its quantitative easing programme.

Last month, the UK Government updated the remit of the Monetary Policy Committee, which the Bank of England oversees, to make support for the net zero transition an explicit consideration. Friday’s discussion paper is the first concrete response to its new mandate.

Sector-based exclusions are also raised as an option, with the bank eyeing the possibility of excluding or limiting exposure to thermal coal or other fossil fuel activities.

However, in a speech accompanying the paper, Andrew Hauser, the bank’s Executive Director for Markets, said that it would not be divesting from bonds it already holds in high-emitting companies. He said that selling the bonds would simply transfer them to investors with weaker climate commitments, and that selling bonds on the basis of the issuer’s carbon footprint risks overlooking the role of credible transition strategies.

“Divestment is a powerful tool, and should remain squarely in the toolkit, but it should be used as a credible threat to reinforce incentives, not an indiscriminate ‘quick fix’,” he added.

The Bank of England’s Corporate Bond Purchase Scheme (CBPS) was introduced in 2016 to help with quantitative easing and, after a further spate of bond buying during the first few months of the pandemic, it now holds £20bn in notes under the scheme – 6.5% of the sterling corporate bond market.