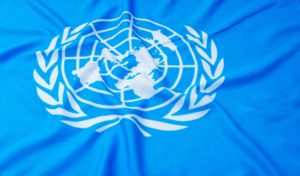 Financial institutions and investment funds have been namechecked in the latest iteration of a planned UN Binding Treaty on Business and Human Rights.

The treaty, officially described as a “legally binding instrument to regulate, in international human rights law, the activities of transnational corporations and other business enterprises” is being negotiated by an intergovernmental group under the UN Human Rights Council, known as OEIGWG. It seeks to clamp down on private-sector human rights abuses around the world by strengthening due diligence expectations and grievance mechanisms.

A third draft of the treaty was released yesterday, and has been updated to include “financial institutions and investment funds” under its definition of eligible business activities.

According to a compilation of oral statements delivered during the OEIGWG’s sixth session, it was a representative from Panama who proposed the inclusion.

The draft will serve as the basis for state-led negotiations in October – the seventh session to discuss the instrument since OEIGWG was established in 2014.

The UN efforts mirror the objectives of the EU’s upcoming Sustainable Corporate Governance Directive, which is set to impose mandatory due diligence rules for human rights and environmental issues. Currently, the directive only covers Limited Liability Companies, but the European Parliament is seeking to expand it to all corporations operating in the EU internal market, including banks and investors.

In a recent RI survey, more than 75% of the 130 respondents said investors should be included in human rights due diligence rules.

Last week RI revealed that the Principles for Responsible Investment is working to establish a shareholder engagement network for human rights, similar to Climate Action 100+.