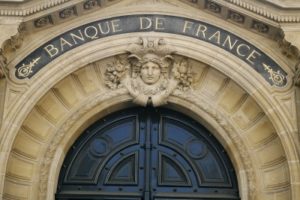 Banque de France, France’s central bank, is to exclude at least 20% of companies emitting the highest levels of C02 from both its internally and externally managed investment portfolios as part of one of the most comprehensive alignments of a central bank to the Paris climate change agreement.
The bank will also blacklist companies producing more than 20% of their revenues from coal extraction or coal-based electricity production.
And in a major step up on corporate governance, it has instructed its in-house fund manager, BdF Gestion, to increase the number of corporate AGMs at which it votes its shares to 40% this year and to target 80% by 2020. BdF updated its voting policy during 2018 to include greater demands on companies for transparency on so-called ‘extra-financial’ issues.
It said the policy would make the institution “coherent and concomitant” with its target to be aligned by 2020 to the Paris objective of keeping global warming below 2 degrees, and carbon free as an institution by 2050.
It means the bank’s assets now conform to Pillar III of France’s government backed SRI label, which is supported by the country’s Ministry of Finance and the Economy.
RI reported last year that the bank was introducing a responsible investment (RI) policy for €20bn of assetsmanaged both for its retirement fund and its internal treasury funds as part of a major commitment by the bank to actively practice RI alongside high-level statements on the financial risks of issues like climate change. Approximately €13.5bn of the money is run for the bank’s pension fund, while the rest is internal treasury funds. For investment into external mandates, the bank said it would study new allocations to SRI funds on a case-by-case basis. It will also up its investment in green bonds and funds investing in the energy and ecological transition during 2019. In order to align its investments to Paris, the bank has pulled together a comprehensive analysis of the carbon intensity of its equity and bond investment portfolios versus those of traditional benchmark indices, and is measuring the CO2 reduction over time to gauge the climate effectiveness of the strategy.
Its calculation of the carbon footprint of the companies it holds as investments is based on scope 1 (direct) and 2 (indirect) emissions as well as measurable scope 3 emissions (indirect supply chain). During 2018, the bank also made a €5m euro microcredit allocation to a government backed social cohesion fund, which the French government hopes to grow to €2bn by the end of 2020.