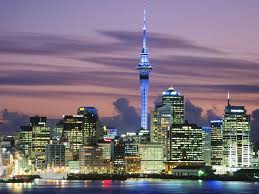 The $26.1bn (€16.6bn) New Zealand Superannuation Fund – whose offices were picketed by protestors today – says it will stick with its NZ$900,000 investment in white phosphorous maker Israel Chemicals.

The fund has been under political pressure to divest its holdings, with opposition Labour defence spokesman David Shearer saying it should “immediately divest” its holding in the Tel Aviv-based firm. But NZ Super Chief Executive Adrian Orr said the fund had reviewed its holding in the firm but had found no grounds for exclusion.
The fund said: “White phosphorus has many beneficial uses. It is also has legal, and widespread, military use as a smoke screen. However, its use as a weapon against civilians is illegal.” It added that Israel Chemicals supplies white phosphorus to the US States Defence Force, which supplies arms to the Israel military.
“We have no evidence that Israel Chemicals’ product – or any white phosphorus – has been used against civilians in the recent Gaza conflict,” Orr said. “Our analysis suggests Israel Chemicals operates within national and international laws, and conventions New Zealand has signed.”
The fund’s statement comes as the New Zealand Herald reported that almost 100 protesters demonstrated outside the fund’s offices in Auckland, with six managing to chain themselves to the front desk.Addressing suggestions that the fund should divest from all armaments companies, Orr said its divestment decisions were based on Government and international policy.
“Our role is not to make government policy, or domestic or global political decisions,” Orr wrote in a recent opinion piece (Investing as a responsible member of the world community). He went on: “Inevitably, there will be those who disagree. For example, some people define responsible investment differently, such as wanting to exclude companies involved in gambling and alcohol, both activities that are legal in New Zealand.”
Meanwhile, ABP, the €325bn Dutch civil service scheme has said its board is set to discuss its €68m holdings in three Israeli banks (Bank Hapoalim, Bank Leumi and Bank Mizrahi Tafahot) at the end of August. Vice Chairman Cees de Veer also said in an interview with financial daily FD that the fund has accepted an invitation from campaign group Avaaz to discuss the issue at the end of September.

Following peer investor PFZW’s controversial divestment of five Israeli banks – over their role in financing settlements in the West bank – that was announced in January, ABP had said it does not think the banks are in breach of international law. De Veer said ABP has not been able to establish if the banks are violating human rights and that they just facilitate payments in the occupied territories.