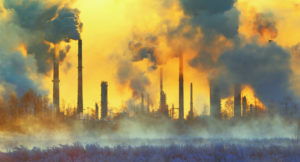 French research house Beyond Ratings has launched a tool that will measure the alignment of government bond portfolios with climate targets such as the Paris climate agreement.

Speaking to RI, Olivier Rech, Head of Energy-Climate Research at the firm, said CLAIM was developed as a reaction to country pledges as part of COP21.

“There is a consensus that the aggregate of commitments of countries around the world still do not align with the two degrees target. There is obviously a gap to be filled in terms of the methodological framework of international negotiations. And the financial community is in search of a robust reference to make decisions without waiting for states to get an agreement aligned with the two degrees target,” he said.

The methodology of the CLAIM tool is based on the Kaya Identity, a widely used equation for determining carbon emissions caused by humans or a specific country. It was developed by Japanese energy economist Yoichi Kaya.

Rech adds that Beyond Ratings has tried to unify different approaches to calculating carbon allocations at a national level and says CLAIM builds only on responsibility and capacity criteria and does not use external scenarios to inform its tool, such as the International Energy Agency scenarios.

“The IEA is an inter-governmental organisation with a limited number of countries,” said Rech. “And those countries produce scenarios which reflect their own interest and this is not compatible with the objective to produce fair carbon allocations at the world level for every single country.”Rech says this approach means CLAIM allows a simulation of what international negotiations could produce in terms of allocating carbon budgets for every single country in the world and that it also provides a robust basis for any assessment of the implications of national climate commitments at sectorial level.

“We are able to produce this allocation at the national level for any world carbon constraint. In other words, for any objective of world average temperature increase such as 2 degrees or 1.5 degrees. As far as we know it is the first methodology which offers a completely flexible choice under which to produce the national budget allocation.”

Among the organisations who are currently using the tool are major players in the corporate investment banking, infrastructure fund and insurance sectors.

Rech also revealed that Beyond Ratings plans to make part of the CLAIM tool open source later in the year to “help negotiators estimate what’s needed to improve national pledges. Essentially the gap between NDCs (Nationally Determined Contributions) and what the world needs in terms of targeting emissions.”

The open source element of the tool will be available in eight languages including English, French, Chinese, Russian and Arabic and is set to be launched at COP23 in Bonn this November.

Based on the most recent data, and among countries providing quantified climate pledges, the CLAIM tool finds Australia, Canada, United States, Russia, China, Turkey, South Korea, Czech Republic and Argentina are among the clear laggards.

The Philippines, Costa Rica, Morocco and most Nordic countries, including Sweden, are among the most advanced leaders.

Beyond Ratings was set up in 2014 and specialises in analysing the default risk of sovereign issuers globally, with an enhanced focus on risks from energy and climate policies. It recently applied to become a credit ratings agency and if accepted it would become the world’s first to integrate environmental factors into all of its ratings.