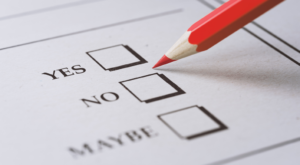 European investment giants Amundi and Legal & General Investment Management (LGIM) vote against a far greater proportion of directors at “climate critical” firms than their US peers, according to new research.

The latest annual Climate in the Boardroom report by NGO Majority Action, published today, found that Amundi and LGIM voted against 18.3% and 17.1% of management-sponsored directors at S&P 500 companies in the oil & gas, utilities and financial services sectors, respectively.

By contrast, US heavyweights such as Vanguard, Wellington Management, Fidelity, BNY Mellon, JPMorgan Investment Management and T Rowe Price have each supported more than 98% of directors at the firms. S&P 500 constituent Exxon was not included in the figures because it was analysed separately, due to the successful activist campaign launched by Engine No.1 against the oil major’s board this year.

Fidelity was the only one among the 14 managers assessed to not vote against a single director at the S&P 500 firms in ‘climate critical’ sectors (not including Exxon) identified in the report. Those companies include the likes of Chevron, Duke Energy, ConocoPhillips and the world’s largest financier of fossil fuels, JP Morgan Chase & Co.

The asset manager told RI that it does not discuss specific proxy votes, but added that its “size and scale grant us superior levels of corporate access, and through our ongoing engagement with portfolio companies, we discuss a variety of matters that we consider material to our assessment of the long-term investment value of the company, including sustainability factors”.

A spokesperson for Vanguard told RI that each year it “engages with executives and directors from hundreds of companies in carbon intensive industries”.

“Where our research and engagement identify companies that are not moving in line with market regulation or taking the necessary action to mitigate climate risk, we will take action on behalf of Vanguard funds and in line with our published voting policies.”

The only US asset manager to buck the trend was fixed-income specialist PIMCO, which has six equities strategies covered by the analysis through which it opposed 24.7% of directors at the companies.

“They also make the link between climate plans and [corporate] strategy and director voting, rather than limiting their stance to simply supporting shareholder proposals,” the pair added.

Caroline Le Meaux, Head of ESG Research, Engagement and Voting Policy at Amundi told RI it had “strengthened action for issuers operating in sectors in which transition will be key for the alignment with the Paris Agreement, and that have been either lobbying in climate-sceptic associations or have not started to align their strategy with Paris-aligned objectives”. The move was part of a three-year ‘action plan’ released in 2018.

While US managers were more reticent about voting against directors, the report revealed that Wellington, Goldman Sachs Asset Management and BNY Mellon supported all four directors nominated by Engine No.1 during its climate campaign at Exxon earlier this year. This marks a stronger stance than many peers. In the end, only three of the candidates were selected by shareholders – Anders Runevad, former CEO of wind turbine manufacturer Vestas, was not elected.

Despite its votes on Exxon, BNY Mellon  (including votes by subsidiary Newton Investment Management) voted against just 0.9% of directors at S&P 500 firms in the oil & gas, utilities and financial services sectors. Wellington opposed just 1.7% of directors at these firms and Goldman Sachs just 2.4%.

The world’s biggest asset manager, BlackRock was also assessed and found to have supported 96% of directors at the companies. This year, however, both BlackRock and Vanguard significantly improved their support for environmental-focused shareholder proposals, with the former supporting 54% of such proposals (versus 16% in 2020) and the latter 46% (versus 22% in 2020), according to Majority Action.

A spokesperson for BlackRock told RI that this year it had “broadened” the universe of companies for which it considered climate change to more than 1,000 holdings. He added that the fund has had “over 2,300 engagements on climate and we found that we needed to see more urgency on climate at 319 companies, which resulted in our voting against 255 directors”.

T Rowe Price and BNY Mellon declined to comment on the report. Wellington and JP Morgan did not respond to a request for comment.