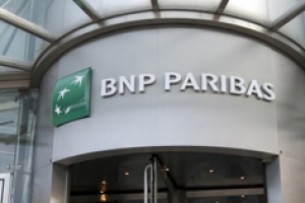 BNP Paribas is readying itself to issue its first green bond this week. The investment grade French bank, which is seeking to position itself as the leading commercial bank for sustainability in the world, is expected to issue a €500m bond for renewable energy in the coming days.

SEB is joint lead manager and joint structuring advisor on the deal, which has a second-party opinion from Oekom. The bond will kick-start BNP Paribas’ long-awaited green bond programme, creating a “single common pool” of capital to finance eligible projects.

The inaugural deal will initially be allocated to 18 existing European renewables projects, covering offshore and onshore wind and concentrated/photovoltaic solar projects. The pool identified represents around €627m of existing debt for BNP Paribas, with an average residual maturity of six-and-a-half years. Twenty-five percent of the capacity is located in the UK – including a portion of the 343MW Galloper offshore wind farm – with other projects in France, the Netherlands, Spain, Portugal, Ireland and Belgium.

However, according to the bank’s Green Bond Framework, the broader range of eligible categoriesincludes other renewable technologies, energy efficiency projects, public transportation, water management and treatment and recycling. Oekom describes the projects identified for financing as located in countries with “minimum standards, which reduce environmental and social risks”, awarding the bond a ‘low’ controversy level and a ‘prime’ sustainability performance.

BNP Paribas will set up a dedicated Green Bond Committee to review projects, which will be headed by its Head of Corporate Social Responsibility, Laurence Pessez. It will meet every six months, with annual reports audited by EY.

BNP Paribas, whose fund management arm, BNP Paribas Investment Partners, applies ESG criteria to all its mutual funds and runs a broad range of Sustainable and Responsible Investment funds, is the latest in a long list of commercial banks that have moved from bookrunning and underwriting green and labelled bonds, to issuing them. Credit Agricole, Bank of America Merrill Lynch, Societe Generale, Barclays, HSBC, Morgan Stanley and Rabobank are among some of the major entrants to the market in recent years.

Note: This article was updated to clarify the role of SEB on the transaction