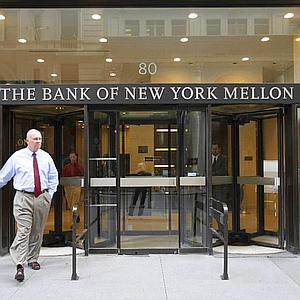 US asset management and custody giant BNY Mellon says it plans to use environmental, social and governance data to help it identify companies that will outperform in the future.

“In 2010, we will be looking at ways that ESG data can be used not just from a prohibitive perspective, but also to help identify companies that will outperform in the future, based on their environmental or social responsibility,” the company said.

The bank said that “historically, fiduciary responsibility such as the role performed by investment committees and trustees has often been defined exclusively in financial terms, such as maximizing returns to provide for retired employees”. But it recognised a “growing discussion that the way in which those returns are achieved is just as important”.Last year it boosted the number of ESG screens available to clients of its post-trade investment compliance monitoring service, it said in its new corporate responsibility report.

In the past, BNY Mellon supported just a handful of common, client-requested ESG screens (such as alcohol, tobacco and gambling), but this was enhanced in 2009 to include more than 20 controversial business issues.

Its Mellon Capital arm reported ESG/SRI-related assets under management of over $7.8bn at the end of 2009.