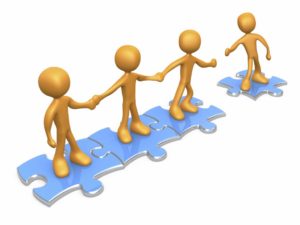 Given their current predicament, it is to be hoped the directors of Wynn Resorts had already taken all the actions recommended in a recent Harvard Corporate Governance Forum blog from Wachtell Lipton: Boards, Sexual Harassment, and Gender Diversity.
CEO and co-founder Stephen Wynn allegedly pressured a manicurist to have sex with him in 2005 and paid a $7.5 million settlement to her. This came to the notice of his then wife and co-founder, Elaine Wynn, in 2009 who allegedly then informed a representative of the board. Now it’s all over the papers and has forced him to resign from the finance chair position for the Republican party.
If the board was aware of this behaviour and of the settlement and failed to act despite evidence of a pattern of such behaviour from Wynn, they may very well be liable. Directors have a fiduciary duty to act once they know about a situation that could have a material impact on the company. Wynn Resorts’ share price has been falling since the allegations became public and shareholders are gathering over a potential class action lawsuit. If, however, the directors knew nothing (Elaine Wynn did not resign until 2015, it is worth noting) then, as long as they have acted in good faith, they will be shielded from any liability. But how likely is that?
If boards are not prepared with a plan then the blog lists the potential damages: injured/impacted employees, negative publicity, the loss of high-profile employees, reputational damage, the inability to attract top talent, the possibility of false accusations, defecting clients and customers, falling stock price and “the cost and disruption of defending burdensome lawsuits”. Most of these are happening at Wynn Resorts right now.
Quoting a series of earlier US surveys of board preparedness, the blog comes to the conclusion that few are ready for such an event. The more recent FT-ICSA Boardroom Bellwether survey in the UK did not paint a significantly better picture despite the spate of allegations that preceded it. Only 52% of respondents indicated that their board was satisfied or very satisfied that they had policies in place that were “fit for purpose”, 33% did not know, and the remainder did not think they were fit for purpose.
The blog advises boards to take “a hard look at company culture”. And the blog also equates, very reasonably, a relationship between both the existence of sexual harassment at a company, and preparedness for it, with gender diversity at every level from the board down. While that can be measured by the number of women directors and women in senior management positions, a useful proxy for this is gender pay equity. US companies are fighting any pressure to provide this data.If their pay equity is like their British counterparts, their resistance is hardly surprising given the unimpressive record of UK companies that have published data so far this year. None of this augurs well for a culture of equality.

As if to make this point even more forcefully, the easyjet board appointed its new CEO Johan Lundgren on a higher salary than his female predecessor, Carolyn McCall, who left to take the top job at broadcaster ITV… on a lower salary and pension than her male predecessor there. easyjet already has one of the worst gender pay gaps in the country – the difference between average male and female pay is 51.7%, though largely because the airline has about three female pilots compared to hundreds of male ones. But, really, what was the board, and the compensation committee in particular, thinking?
The new draft UK corporate governance code has a lot to say about gender, diversity and company culture, though I have yet to be convinced that you can regulate it without legislation, and so does the UK investors’ stewardship code. In the US, on the other hand, the Investor Stewardship Group does not mention culture at all and only mentions diversity once in its corporate governance principles and not at all in its investor stewardship code. Similarly, the ‘Commonsense’ Principles of Corporate Governance mentions diversity once and culture not at all.
And the negative reaction both Silicon Valley and Wall Street to a series of high profile shareholder resolutions calling on companies to publish data on gender diversity and pay equity also does not augur well for companies’ attitudes towards diversity. And I don’t care how often diversity and company culture are fanfared in their CSR reports as core principles. It’s a cliché, but actions do speak louder than words.
So, yes, take a hard look at company culture, boards. But so should investors; their own as well as those of the companies they invest in. In the case of Wynn Resorts, the list is headed, unsurprisingly, by Vanguard, Northern Cross, Southeastern Asset Management, BlackRock, State Street… and Elaine Wynn. Of Wynn’s 10 directors, only one is a woman, a situation that even Wachtell Lipton recognises is a problem. Then again, the largest single shareholder at Wynn Resorts is Stephen Wynn himself, another problem situation. And easyjet’s board? Now that McCall has left, it has two women, one non-executive and the COO, out of 13. Seeing a pattern emerge?