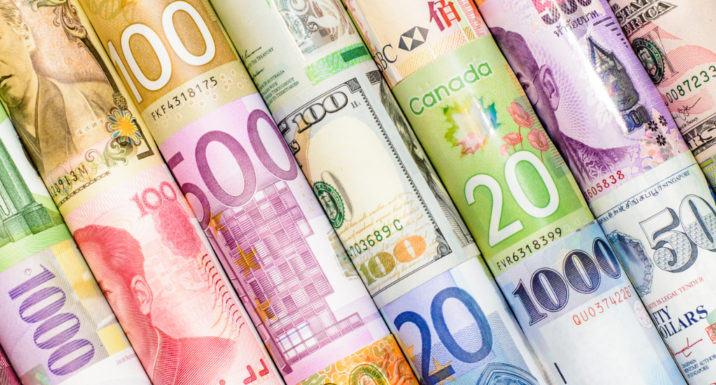 The Impact Investment Exchange (IIX) has announced the launch of the ‘Orange Bond Initiative’, aiming to raise $10 billion from use of proceeds bonds focused on improving gender equality. The first issuance of the bonds, which take their name from the orange colour of SDG 5 (gender equality), is expected to come this year with proceeds allocated to projects in Africa and Asia. The Singapore-based impact investor has enlisted the help of $1.3 trillion asset manager Nuveen, as well as the Australian Department of Foreign Affairs and Trade, and the UN Capital Development Fund, and aims to develop a set of standards for gender bonds. IIX has previously raised $78 million from a series of ‘women’s livelihood bonds’, which Nuveen has also invested in.

India will issue 240 billion rupees (€2.8 billion) in green bonds, with its debut in the next fiscal year, according to reports in Bloomberg. Further issuance may be forthcoming depending on investor appetite, with the country expecting a lower cost of capital from the debt. Indian renewables companies have been frequent visitors to the green bond market, raising $3.6 billion in green debt in the first half of 2021. The Indian government first announced it was to issue green bonds in its budget at the start of February, and said that proceeds would be allocated to “public sector projects which help in reducing the carbon intensity of the economy”.

Iberdrola became the first Spanish issuer to re-enter the European bond market since the invasion of Ukraine, raising €1 billion from a green bond. Demand for the bond reached €3 billion, with the coupon set at 1.375 percent. Just under 70 percent of the bonds were placed with socially responsible investors according to BBVA, which acted as green advisor, with 181 investors taking part in the deal, mainly from the UK and Europe. In other utilities news, Energias de Portugal has raised €1.25 billion from a new green bond off the back of a €6 billion orderbook. The 7.5-year notes pay a coupon of 1.875 percent.

Italy’s Banco BPM has raised €750 million from a green covered bond to refinance a portfolio of green mortgages. Demand reached around €1 billion for the 5-year bond, which pays a coupon of 0.75 percent, with 56 percent of allocation to Italian investors, followed by DACH on 22 percent and Benelux and Nordics on 14 percent.

In other Italian news, A2A has raised €500 million from a 6-year sustainability linked bond. The bond, which pays a coupon of 1.5 percent, saw an orderbook of €3.5 billion, with just over two-thirds allocation to asset managers, and German and French investors taking 25 percent and 18 percent respectively. A2A will pay an extra 25bps a year if it fails to increase its installed renewable energy capacity to 3GW by the end of 2024.

ESG securitisation issuance in Europe reached €8 billion in 2021, four times the 2020 total, according to figures from AFME. Green securitisations accounted for the majority of issuance at €4.5 billion, with the UK, Italy and France the largest markets for sustainable securitisations.

German chemicals firm Lanxess has raised €600 million from a sustainability-linked bond. The 8-year benchmark pays a coupon of 0.625 percent, which will increase by 25bps a year if the firm fails to reduce its emissions to 2.6 million metric tonnes by 2025 against a 2018 baseline.

The city of Auckland has signed an NZ$200 million (€123 million) sustainability-linked loan and a NZ$120m sustainability-linked interest rate swap with ANZ. The interest rate on both instruments is linked to reduced emissions from Auckland city council in line with its 50 percent reduction target by 2030, an increased number of low emission buses in use and increased spending with Māori and Pasifika-owned suppliers and social enterprises.

Public Service Enterprise Group, the largest utility in the US state of New Jersey, has raised $500 million from its inaugural green bond. The bond yields 120bps above US treasuries, with renewables, climate change and adaptation and clean transportation among the eligible categories for expenditure.

The University of Michigan has raised $300 million from its first green bond as part of a wider $2 billion raise. The University had initially intended to raise up to $1.5 billion but upsized the deal following strong interest. Proceeds from the green bonds, which have a 30-year maturity and pay 3.5 percent, will be allocated to eligible green projects under the University’s net zero plan, which may include a planned geothermal heating and cooling system for its computer science and information building.

Ecuador’s Produbanco has privately placed a $50 million sustainable bond with the investment arm of the Inter-American Development Bank. The bond is composed of two tranches, with $40 million earmarked to finance post-pandemic recovery for SMEs in Ecuador, and $10 million, funded by the Canadian Climate Fund via IDB Invest, which will be used to finance Produbanco’s green portfolio. The interest rate on the $10 million tranche is linked to a number of environmental goals including TCFD reporting, growth of green credits and decarbonisation of the bank’s loan portfolio, and marks the first sustainability-linked financing in Ecuador.

Finnish rental firm Kojamo has signed a €100 million sustainability-linked revolver with Swedbank. The three-year facility will be used for general corporate purposes, and is linked to energy efficiency in new buildings and reducing the carbon footprint of Kojamo’s portfolio.