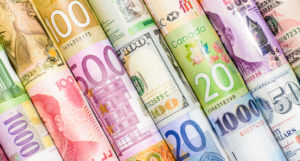 India’s JSW Group has said it plans to switch most of its debt issuance to green and sustainability-linked bonds in order to access longer-term borrowing, Bloomberg has reported. The group, whose subsidiaries include steel, cement and energy firms, would be able to double its tenure to 10 years through overseas green and SLB issues, its chief financial officer said. A $400 million SLB issued by subsidiary JSW Infrastructure earlier this year attracted criticism from NGOs for being partially secured against one of the world’s largest thermal coal terminals.

The Nigerian state of Lagos has announced plans to issue sustainable debt, possibly including blue bonds, to raise money for infrastructure projects. Lagos is one of the largest bond issuers in the country and issued Nigeria’s largest ever sub-sovereign bond in December.

The European Council has announced that its position on the European green bond standard has been agreed. Details of the position were not published, but the Council is now ready to begin negotiations with the European Parliament on the final version of the text.

Dai-Ichi Life’s US subsidiary, Protective Life Corporation, has signed a new $1.5 billion sustainability-linked revolving credit facility with a consortium of 24 banks including BNP Paribas, Wells Fargo and Mizuho. The facility, which pays an interest rate linked to SOFR, will be adjusted based on the proportion of Protective’s employees who are women or racially diverse.

Some sustainability-linked loan borrowers are looking to refinance early in order to avoid step-ups, according to reports in IFR. Bankers are hearing from a handful of borrowers about “suspiciously early refinancings”, which would allow them to reset the target dates on their KPIs, IFR said. Gemma Lawrence-Pardew, a senior associate director for legal at the Loan Market Association – which is one of the standard setters for SLLs – said that it was looking at putting together guidance on refinancing.

Belgian warehouse firm WDP has privately placed €500 million in green bonds with eight investors in the US. The issue attracted strong investor interest, allowing the borrower to double the initial deal size. Taking into account pre-hedges put in place in January, the effective interest paid by WDP was 1.52 percent. Eligible expenditures include green buildings, renewables, energy efficiency and clean transportation.

Latin American McDonalds franchisee Arcos Dorados has announced plans to issue a sustainability-linked bond to fund the repurchase of up to $350 million of its 2023 and 2027 notes. The interest rate on the notes will be linked to its targeted GHG reduction of 36 percent in restaurants and offices and 31 percent in its supply chain by 2030.

Japanese financial firm Orix has raised €300 million from its first euro-denominated bond issue to pay for the acquisition of Spanish wind and solar developer Elawan Energy. Orders for the four-year bond, which pays a coupon of 1.919 percent, reached €660 million.

German flavourings company Symrise has signed a €750 million sustainability-linked loan in a deal it said was “significantly oversubscribed”. The loan, which will be used for general corporate purposes and strategic growth investments, comes in five tranches and is linked to the group’s greenhouse gas emissions.