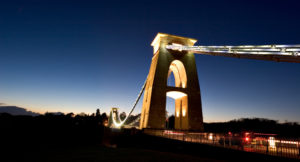 Brunel Pension Partnership, the £30bn UK pension pool, has said traditional benchmarks and indices block decarbonisation and is conducting research into alternative frameworks to assess and manage its performance.

Brunel also plans to press the financial industry to make core benchmarks more compatible with a 2 degrees-aligned world through “Net Zero Benchmarks”, warning that conventional market-weighted benchmarks cause perverse incentives through the financial system as climate risk is not currently priced in by the market.

In recent years, there have been concerns that benchmarks are a barrier to achieving sustainability objectives. The EU has taken a lead on the issue, creating two climate-aligned benchmarks, most recently adopted by German government pension funds as part of its new sustainability strategy this week.

Some asset managers have also questioned ‘benchmark orthodoxy’ and argued that other key performance indicators could better measure financial and sustainability performance.

Brunel, in its new Climate Action Plan, released today, says it will explore whether benchmarks hinder its ability to tackle climate change and publish a paper proposing alternative frameworks.

In the policy, Brunel says given its strength and position in the financial market a key objective is to “systematically change the investment industry so that it is fit for purpose for a world where temperature rise needs to be kept to well below 2°C compared to pre-industrial levels”.

It has developed a five-point plan to achieve this, which includes engaging with policymakers, designing products that deliver substantial climate benefits, assess how its portfolios align with the Paris Agreement, focus on positive impact by continuing to make investments contributing to the energy transition and report on their impacts, and “persuasion” through engagement with companies on climate change.

On policy, Brunel plans to advocate for a carbon price and mandatory disclosure on climate change.

Brunel also released its carbon metrics and responsible investment report today in which it highlights increased engagement efforts on tax transparency. It will also consider voting against FTSE chairs of all-white boards. The report also highlights human rights and labour risk concerns in China and says there will be deeper engagement on the issue.