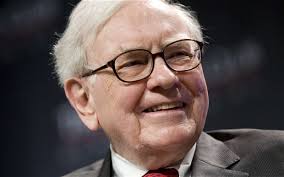 A stockholder proposal submitted by the Nebraska Peace Foundation, the oldest statewide peace and justice organization in the US, to Berkshire Hathaway inspired some typical whimsy from Warren Buffett in his annual letter to shareholders.
The Sage of Omaha went with references to Pascal’s Wager on the Existence of God and Noah’s Ark. The proposal itself is calling for a report outlining the actions taken and work done assessing the exposure of Berkshire Hathaway’s insurance companies to climate change risks. Berkshire Hathaway holds its AGM on April 30.
Buffett’s reply boils down to: because we set premiums annually and they will go up if costs do, you’ll make more money as a shareholder in the event of global climate catastrophe so you don’t need to worry about it.
The Foundation is not convinced. “Just to dismiss it because premiums are set annually is not sufficient response,” said Mark Vasina, the Foundation’s Treasurer. The Foundation, which owns one Berkshire Class A share, believes the company is already aware of the risks because of three public statements made by other senior Berkshire Hathaway executives. “These statements are indicative that the company takes the issue seriously,” added Vasina, who wrote a letter to the Omaha World Herald, Buffett’s hometown newspaper setting out the Foundation’s position.He noted that last July, Greg Abel, the chair of Berkshire Hathaway Energy, was one of the executives who helped launch the American Business Act on Climate Pledge. In addition, last September Tad Montross, chair of Berkshire Hathaway insurance subsidiary General Re, said “insurers should guard against being lulled into overly optimistic underwriting, given recent relatively low levels for catastrophic losses, in view of clear evidence of global warming.” Finally, last November Ajit Jain, president of Berkshire Hathaway Group, “was one of 68 global reinsurance industry leaders who signed the Climate Risk Statement of the Geneva Association, affirming their commitment to progress on climate change resilience and adaptation.” These statements, notes Vasina, seem to contradict Buffett’s apparent unconcern over climate change risk.
Buffett closes his statements on the climate change issue thus: “As a citizen, you may understandably find climate change keeping you up nights. As a homeowner in a low-lying area, you may wish to consider moving. But when you are thinking only as a shareholder of a major insurer, climate change should not be on your list of worries.”
Vasina also refers in his letter to Buffett’s invocation of “Noah’s Law” to justify action on climate change: “If an ark may be essential for survival, begin building it today.” Vasina comments: “We simply ask Berkshire Hathaway to describe how it is “building the ark” to protect its insurance business.”