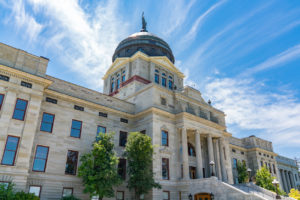 A Californian trial lawyer, who successfully defended a political activist facing 13 years in prison for chalking slogans outside branches of Bank of America, has now bypassed the US Securities Exchange Commission’s (SEC) ‘no action’ process in a bid to get the shareholder proposal he filed at US energy firm NorthWestern Corp. on to the agenda for its annual meeting.

In September, Tom Tosdal, a specialist in power line fire litigation, filed a proposal calling on the South Dakota-based company to develop a plan to cease coal fired generation of electricity at the Colstrip plant in Montana, in which it has 30% stake through its subsidiary NorthWestern Energy, and replace it with renewable energy by 2025.

The company responded IN December by attempting to block the proposal through the SEC’s ‘no action’ process, arguing that the proposal both sought to micromanage the company and contained false or misleading statements.

‘No-action’ letters from the SEC provide assurances to companies that the regulator will not pursue the matter if the company omits a resolution from the agenda of its annual shareholder meeting.

But before the regulator had a chance to opine on his proposal Tosdal filed a ‘Complaint for Declaratory Judgement and Injunctive Relief’ at the US District Court in Montana, seeking a ruling forcing the company to include the proposal in its proxy statement.

Tosdal, who is representing himself in the action, told RI that he went to court the “moment” the company sought a ‘no action’ ruling, believing most federal agencies, such as the SEC, to be “too responsive to the administrations in power at the moment and too compromised by industry”.

Last year, the micromanagement challenge was used to great effect by corporates seeking to exclude shareholder proposals – particularly those calling for emission targets.

In response to Tosdal’s legal action, the SEC deferred to the authority of the court, stating that “we decline to state a view on the company’s intention to exclude the proposal from its proxy materials”.

It’s perhaps not widely appreciated that the guidance the SEC’s Division of Corporation Finance gives in its ‘no action’ letters is merely informal and non-binding.

“Only a court can determine whether a company may legally exclude the shareholder proposal from its proxy materials,” the SEC states in recent guidance on the process.

Though NorthWestern, which trades on the New York Stock Exchange, is incorporated in Delaware the case is being brought before the Montana branch of the US federal court system due to the “substantial contacts” the company has within the state.

In the court filing, Tosdal requested a “speed hearing” due to the company’s intention to file its 2020 proxy materials in early March, ahead of its annual meeting in April.

Tosdal argues in that document that the company “will suffer no hardship by having its shareholders consider and vote – up or down – on the [non-binding] proposal”.

He adds that “compliance with law, lawful shareholder participation in corporate governance, and addressing the causes of existential threat of climate change” are in the public interest.

If successful, the company would have a “legal duty” to include the proposal in its next annual proxy statement.

The presiding judge in the case is Chief Judge Dana Christensen, who was nominated by then President Barack Obama and received his commission in 2011.

In 2015, Tosdal successfully defended Jeff Olson, a political activist, who faced 13 years in jail and $13,000 in fines for writing anti-big bank slogans in water-soluble children’s chalk on public sidewalks in front of San Diego Bank of America branches.

In a separate letter to the SEC, responding to the company’s ‘no action’ request, Tosdal refutes arguments put forward by NorthWestern that his proposal falls foul of SEC rules.

The “flaw” in the company’s allegations, he states, is its “dependency on twisting and miscasting the words of the proposal to fit its arguments”.

On the claim that the proposal contains false or misleading statements, Tosdal writes that the company did not “submit any evidence in support of its allegations”.

Rather, he adds, “NorthWestern presumes the Division to take its word as gospel. There is no proof any of the statements in the proposal are untrue; but there is proof they are true”.

A spokesperson for NorthWestern told RI that “Mr Tosdal is the party that is ‘twisting and miscasting’ words” [the company’s full response to RI is included below].

She added that the company stands by its allegations of false statements in the proposal and has “submitted declarations, sworn under penalty of perjury, to Judge Christensen in the litigation, supporting our position”.

An interesting disagreement in the SEC filings is on the cost of renewables.

Tosdal argues that the company’s claim in its ‘no action’ request that switching to renewables would cost $523m more than using natural gas “makes no sense”.

But the company spokesperson countered that Tosdal “has zero years of experience with operating a complex electrical grid to reliably and safely serve hundreds of thousands of customers”.

Last year, the Office of New York City Comptroller also side-stepped the SEC no-action process with its resolution at TransDigm, by taking the US aerospace firm to court after it sought a no-action letter.

In this instance, however, TransDigm settled the case out of court by withdrawing its SEC challenge; the emissions resolution was supported by 34.9% of shareholders at the annual meeting in March.

Tosdal said to RI that he was “curious” as to why more proponents don’t go to court; there was “surprisingly little case law”.

NorthWestern’s spokesperson told RI: “We trust the court will agree with us that his micromanagement of this complex matter is inappropriate, and we can return to serving our customers’ needs safely and reliably, as we’ve done for over 100 years”. The case will be heard on 20 February.

NorthWestern’s response to RI in full:

Mr. Tosdal has no utility operations experience and does not understand the complexity of providing power to hundreds of thousands of customers on a 24/7/365 basis. Nevertheless, he asks us to shut down Colstrip Unit 4 within five years. Colstrip Unit 4 is vital to our electrical grid and provides necessary baseload power whether or not the sun is shining or the wind is blowing. If NorthWestern elected to shut down coal fired generation at Colstrip, we would not be able to meet the needs of our customers, and their safety during the cold Montana winters would be at risk. The operation of our electric grid simply does not work the way Mr. Tosdal wishes it would.

Moreover, Mr. Tosdal’s proposal does not mention that it would immediately harm our shareholders. Over time, our utility customers pay, through rates approved by the Montana Public Service Commission, for our prudent investment (currently $280 million remaining) and operating costs and expenses related to Colstrip Unit 4, including remediation costs.

Finally, Mr. Tosdal is the party that is “twisting and miscasting” words. His proposal states, “Whereas Units 3 and 4, now 35 years old, continue to emit unlawful levels of hazardous air pollutants.” Unfortunately for Mr. Tosdal, that is 2018 news, and his proposal was made in September of 2019. At the time of his proposal, Units 3 and 4 were not emitting unlawful levels of emissions, as shown by the headline of his own exhibit – “Talen Montana, LLC, corrects air emissions violations.” This is the most blatant example of false statements in the proposal. We cited others in our SEC request and have submitted declarations, sworn under penalty of perjury, to Judge Christensen in the litigation, supporting our position.

We appreciate that Mr. Tosdal is a NorthWestern shareholder and are grateful that he has reported to the media that he has made money on his investment and hopes to make more. However, he has zero years of experience with operating a complex electrical grid to reliably and safely serve hundreds of thousands of customers. We trust the court will agree with us that his micromanagement of this complex matter is inappropriate, and we can return to serving our customers’ needs safely and reliably, as we’ve done for over 100 years.