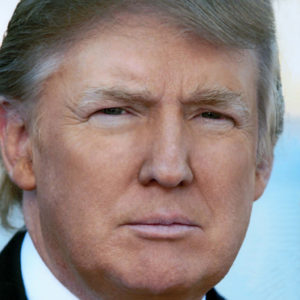 Twelve Californian members of the US Congress have called on the California Public Employees’ Retirement System (CalPERS) to divest from Trump SoHo, the 46-storey hotel in New York, co-developed and run by Trump-affiliated organisations.

In a letter to CalPERS CEO Marcie Frost, the members say they are disappointed that the fund holds an interest in the CIM Group, a Los Angeles-based investment group that owns the Trump SoHo Hotel and Condominium through one of its real estate funds.

CIM Group is an $18.1bn real estate and infrastructure asset manager that signed up to the Principles for Responsible Investment (PRI) this year.

The members cite allegations of fraud and money laundering since the inception of Trump SoHo in 2006 and the involvement of Felix Sater, a partner in developing the property, in Special Counsel Robert Mueller’s investigation into President Donald Trump team’s relationship with Russia.

The members also say CalPERS is perpetuating continuing violations of the Domestic Emoluments Clause of the US Constitution through its investment in CIM Fund III. This clause prohibits money going from states to the sitting US President, according to law experts.

The letter says CalPERS’ continued investment “clearly indicates a failure to grasp the gravity of the issue”.

As the CIM Fund III pays Trump International Hotels Management to manage and market Trump SoHo, the members argue CalPERS risks litigation, saying: “Adopting a ‘wait-and-see’ approach when your legal, fiduciary, and ethical obligations require action is not prudent nor acceptable.”The letter says that President Trump receives income from Trump International Hotels – in June 2017 this was $2.8m and that CalPERS has paid at least $1.7m in fees to the CIM Group since Trump’s inauguration. “It is evident that this arrangement creates a direct path for money to flow from CalPERS to President Trump regardless of the lack of any direct contractual relationship,” say the members.

The Wall Street Journal has said that CalPERS is the largest single investor in CIM and the relationship has come under scrutiny in the past.

The Congress members’ letter also notes that 10 other public pension funds jointly own roughly half of CIM Fund III but there has been no visible effort to engage with CIM Group on the issue.

The letter concludes with six requests to CalPERS, including disclosure of performance and management fees paid to CIM Fund III and collaborative engagement with other public pension funds with CIM Fund III.

A CalPERS spokesman said: “In regards to the CIM Fund, CalPERS invested in the Fund more than 10 years ago, and as is the case with all our investments, we strictly follow all laws and regulations. We are monitoring the issue as we continue to fulfill our fiduciary duty to seek the highest risk-adjusted returns for our members.”

Some are the target of online campaigns to divest CIM FUND III, including CalPERS and the New York State Common Retirement Fund.

The letter to CalPERS is led by Congressman Ted Lieu and has also been sent to California’s Governor Jerry Brown and State Treasurer John Chiang.