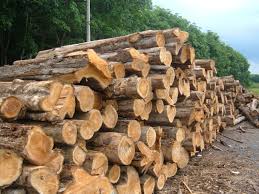 An investment vehicle called Sylvanus LLC that held forestry assets for CalPERS, the $296.5bn (€269bn) US pension giant, has emerged as a plaintiff in legal cases involving alleged fraud linked to Guatemalan forestry plantations that has come to the attention of the Federal Bureau of Investigation (FBI).

Sylvanus is a Delaware limited liability company (LLC) which has as its ‘primary member’ the California Public Employees Retirement System, court documents attest.

It is a plaintiff in a criminal case against a Guatemalan businessman called Roberto Montano who allegedly defrauded investors in two teak plantations and in a civil case seeking damages from the Guatemalan and a California-based entrepreneur, Kirk Haney.

The cases are being brought by Sylvanus and its investment advisor Global Forest Partners (GFP), the forestry investment specialist based in New Hampshire that runs $4bn for institutional investors. GFP is also the general partner of Sylvanus Partners LP, one of two members of Sylvanus, the documents state. They are being represented by law firm Foley Hoag.

Sylvanus and Global Forest Partners structured their investments in the reforestation project via Cayman Islands exempt companies, which are also plaintiffs in the action. Sylvanus created a vehicle called Nakum, which in turn went on to establish Yaxha. Yaxha and Nakum in turn owned another special purpose vehicle called Foresal Ceibal.

According to the civil complaint seen by Responsible Investor, they allege that forestry firms Green Millennium Operations and Cloud Break Forest Management and Montano and Haney misappropriated at least $2.5m of plaintiffs’ funds, falsified documents to obtain around $6.3m in loans and fraudulently diverted at least $1.3m in Guatemalan government subsidies.The complaint alleges the plaintiffs confronted Montano who “admitted to millions of dollars in theft in writing and in a conversation recorded by the Federal Bureau of Investigation”.

CalPERS declined to comment for this article. GFP, however, confirmed the lawsuits against Green Millennium. Chris Warrington, Client Advisor at GFP, told RI: “Mr Montano has admitted to us that he and his Chief Financial Officer conspired to misappropriate funds from company accounts set up for the projects. Mr Montano also falsified documents to obtain loans on property belonging to one of the companies. We are seeking restitution from Mr. Montano and Green Millennium for these fraudulent activities that may exceed $9m.” The US Attorney for New Hampshire has issued an order for Montano’s arrest. “Montano is presently a fugitive from justice. The FBI is actively engaged in efforts to locate and apprehend him,” the prosecutor said, adding that Guatemalan authorities have also filed charges against him based on the conduct described in its criminal complaint.

According to Warrington, GFP in 2007 found “no cause for concern” about Green Millennium when it did its due diligence. The plantations in Guatemala did materialise, and GFP currently owns and operates around 50,000 acres of teak there, certified by the Forest Stewardship Council (FSC).

With reporting by Daniel Brooksbank.