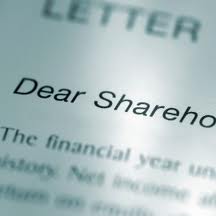 The $232.5bn (€177.2bn) California Public Employees’ Retirement System (CalPERS), the largest US public pension fund, has written to fellow shareholders in Hospitality Properties Trust calling on them to support its proposal for annual director elections at the company’s shareholder meeting next month.

“We would appreciate your support on Proposal No. 6 at Hospitality Properties Trust’s May 9 annual meeting,” writes Anne Simpson, the giant fund’s Director of Corporate Governance.

CalPERS has submitted similar motions at the Massachusetts-based company’s AGMs over the past three years – and has received up to 90% support. “We regard the board’s failure to respond to shareowners positively as an issue of concern,” says Simpson.

CalPERS, which has around 1.1m shares in HPT, says inthe letter that annual director elections promote accountability by allowing investors to communicate their views on directors “each and every year”.

And it points out that more US companies now have annual director elections, saying that 67% of the S&P500 and 57% of the Russell 1000 now have them – “an indication of the current direction of good corporate governance”.

For its part, HPT is urging shareholders to vote against the CalPERS proposal, saying it could have adverse financial consequences and encourage short-term thinking. In its proxy materials it says the fund is ignoring academic studies showing the benefits of classified boards. It also says it has “serious concerns” about the fund’s own credibility and the motivation for the proposal.
Meanwhile, CalPERS has launched a search for the new position of Chief Financial Officer (CFO).