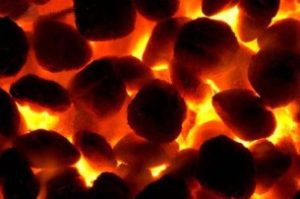 CalPERS, the $293bn (€257.9bn) Californian pension giant, has announced that it will begin to engage with its thermal coal holdings on climate change risk after state Governor Jerry Brown signed a law compelling it and fellow public pension fund CalSTRS to drop investments in the fuel, used mostly in power generation.

CalPERS invests in 27 thermal coal companies with a portfolio value of about $57m. Following its engagement with the companies, CalPERS says it will evaluate divestment as outlined in the bill.

The law was authored by Kevin De Leon, Democratic majority leader of the California State Senate, and it prohibits the boards of CalPERS and CalSTRS from making new investments or renewing existing investments in thermal coal. It also stipulates that both funds have to exit thermal coal by July 2017. During the transition they are instructed to engage with them on clean energy generation.

However, the bill also states that it does not require a board to take any action unless the board determines in good faith that the action is consistent with its fiduciary duty.

Announcing its plans to start engagement, Anne Stausboll, CEO of CalPERS, said: “We have a fiduciary duty to protect the pension fund and mitigate the effects of climate change on our investments…We applaud Senator de Leon and Governor Brown for their commitment and attention to this important issue.”

She added: “CalPERS has been at the forefront of tackling climate change issues through policy advocacy, engagement with portfolio companies, and investing in climate change solutions.“We remain committed to encouraging our investment managers, portfolio companies, and policy makers to engage in responsible environmental practices as part of our duty as a principled and effective investor.”

Stausboll is co-chair of the Ceres Board, a US coalition of organisations advocating for sustainable business practices. CalPERS is a founding member of the Investor Network on Climate Change, a network of 100 US institutional investors representing more than $10trn calling for carbon pricing and disclosure. It is also a founding signatory of the Principles for Responsible Investing (PRI). In September 2014, CalPERS signed the Montreal Carbon Pledge, which commits it to measuring and publicly disclosing the carbon footprint of its portfolio annually.
CalSTRS is yet to make a statement on the divestment bill becoming law. In board minutes
from June, where the proposed law was discussed, the board took no position. But it stated that although its policy generally would be to oppose legislation that infringes on the investment authority of the board, at its April 2015 meeting, the Investment Committee initiated the board’s divestment policy.