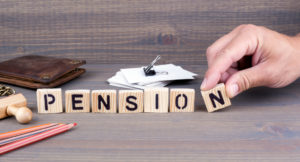 RI reported that the same proportion had opted for the ESG option in March 2020, but since then the CalSavers scheme has grown substantially – 0.4% now represents 667 members. (For contrast, a review of the scheme at the end of 2019 revealed that just eight (0.2%) of the scheme’s 4,050 members had selected the ESG plan).

All California-based firms with at least five employees that do not offer retirement provisions for workers must now offer one through CalSavers. The three-year rollout of the scheme began in July 2019 and is now well underway; in April CalSavers announced that 10,000 employers had signed up.

Over the next decade or so assets invested through CalSavers are predicted to swell to $98bn, but little of that seems destined for the ESG option as it stands.

Commenting on the low uptake, Selenski told RI that the “vast majority” of participants don't deviate from the defaults when it comes to auto-enrollment schemes like CalSavers.

“The beauty of these programs is that folks can be as passive as they want to be for decades and still be on a path to financial security, but that means that non-default investment options likely won’t get the same uptake,” she said.

The inertia of scheme members when it comes to shifting their money is well documented. In 2017, for example, it was reported that less than 5% of assets had shifted to the ethical option offered by the UK’s Universities Superannuation Scheme in response to demand from members.

“We’re proud to offer an ESG option, especially for those who may not participate otherwise, but we know that greater participation in it is dependent upon the kind of proactive behaviour our program was designed to work around,” Selenski told RI.

CalSavers was unable to provide demographic information on those that had opted for the ESG plan.

The ESG offering is managed by London-based Newton Investment Management and Mellon Investment Corporation – both are subsidiaries of US custody and investment management giant BNY Mellon.

The former runs the active equities segment and the latter a fixed income strategy as part of a blended approach designed to keep costs below 15 basis points, which are covered by the scheme’s members.

According to US consultant Meketa Investment Group’s latest quarterly review, published in June, covering January to March 2021, returns for the CalSavers Sustainable Balanced Fund were below the benchmark’s 1.4% at 1.1%. Since its inception in July 2019 the fund has returned 13.2%.

Among its top holdings, as of June, are US tech firms Microsoft and Alphabet and China’s e-commerce giant Alibaba.