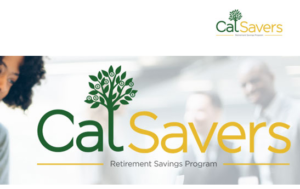 State Street Global Advisors (SSGA), the world’s third largest asset manager, looks set to win the mandate to manage the investments of California’s giant new auto-enrolment workplace pension scheme – predicted to swell to $98bn in assets over the next 15 years – pending a vote by the scheme’s board today.

But agenda documents reveal that the ESG option outlined in the request for proposals (RFP) for the new scheme, called CalSavers, has been dropped due to costs.

Despite ESG being defined as a “core outlook” in the scheme’s Investment Policy and included among its 10 investment beliefs, the scheme’s committee states:

“The field of environmental, social, and governance (“ESG”) investing is evolving, and while the committee recognizes the Board’s interest in offering an investment option under this structure, the options provided through the procurement process were less than optimal with regard to fees.”

CalSaver’s committee, therefore, recommends that program be launched without the ESG option, committing to “research and explore” options for the addition of an ESG fund at a “later date”.

The lowest ESG option costed to CalSavers in the procurement process was 59 basis points, whereas the most expensive of the four investment options offered by SSGA comes in at 12bps.SSGA was found to be the “strongest submission” by the committee, following an RFP process that ended on July 17 and looked at 13 submissions.

Its “long track record of risk adjusted performance on low cost funds” and its experience of running the assets of similar schemes in Oregon and Illinois were cited in support of its application.

“The options provided were less than optimal with regard to fees.”

No applicant applied to both manage the investments and administer the scheme.

Meketa Investment Group, the PRI signatory which has more than $600bn under advice, advised CalSaver’s board.

The contract, which runs for seven years with the option to extend for three one-year additional terms, is expected to be executed by the first week of September 2018, with a pilot to be launched shortly in what is admitted to be an “aggressive timeline”.

US savings solution provider Ascensus, which also runs the other states’ schemes, is in line to provide administration for CalSavers.

CalSavers has been described as the “most ambitious push to expand retirement security since the passage of Social Security in the 1930s”. It aims to reach the over 7m low to moderate income workers – mostly women and people of colour – in the state.