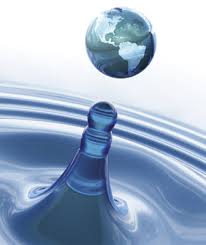 Kleinwort Benson Investors (KBI), the Dublin-based fund firm that is now owned by France’s Oddo & Cie investment house, has been axed from sub-advising a water fund offered by US socially responsible investment firm Calvert Investments in a shift to a passive strategy.

Calvert, which has $12.2bn under management, reckons the move will help cut fund expenses.

In an updated prospectus of the Calvert Global Water Fund, Calvert stated: “Kleinwort Benson Investors International Ltd. is terminated as a sub-advisor for the Fund.”

As from March 11, the filing said, the fund would change its investment objective and principal investment strategies to track the new Calvert Global Water Research Index – as well as being advised on a day-to-day basis by Calvert Investment Management.

The index was unveiled in February to focus on investing in companies dedicated to the responsible stewardship, sustainability and accessibility of water. A spokesperson for Calvert confirmed the move, saying: “The water fund is being moved to a passive strategy that seeks to track the performance of the Index. This change, along with other initiatives, reduces expenses associated with the fund by nearly 30%.”

Geoff Blake, Director, Head of Business Development & Client Services at KBI, told Responsible Investor that the firm was given 60 days’ notice of termination of the mandate last month. Calvert retains KBI for its Energy Solutions fund.Blake said the move was in line with a number of changes in Calvert’s business model and leadership – including bring more of its asset management in-house and to manage more assets passively. The decision therefore came as “more as a disappointment than a surprise”. He went on to say that KBI attracted $300m of new client assets invested during January and was optimistic about its “pipeline” of new business.

KBI, which has €7.7bn under management, is the former Dublin arm of KBC Asset Management that was part of Brussels-based holding company BHF Kleinwort Benson Group SA (formerly RHJ International SA) that was recently acquired by Oddo. Oddo has said KBI’s expertise would “round out” those of its Oddo Meriten Asset Management arm.

KBI, under various guises, has been involved in environmental thematic investing since 2000. The water fund, which KBI been involved with since inception in 2008, had sought growth of capital through investment in equity securities of companies active in the water-related resource sector.
A venerable merchant banking name, Kleinwort Benson was acquired by Dresdner Bank in 1995 and was eventually sold on in 2009 to RHJ by new owner Commerzbank.