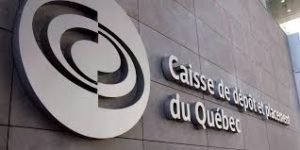 SKWI is a wholly-owned subsidiary of SKion, the German billionaire’s investment vehicle. It will acquire 70% of Ovivo.

Ovivo’s largest equity shareholder is currently La Caisse, which will – on the back of SKWI’s acquisition – buy the remaining equity in the firm, bringing its holding to 30% from 18.7%.

Ovivo, which is based out of Quebec and operates in more than 15 countries, will continue to be operated as a stand-alone company.The current management team will remain in place as part of the deal.

“Through this transaction, Ovivo will become the cornerstone of a global water treatment platform anchored in Québec which will open a range of new opportunities for the company,” said Christian Dubé, Executive Vice-President, Québec of la Caisse.

“La Caisse decided to increase its stake in Ovivo to support the company as it develops in a very promising industry through innovation and business acquisitions.”

Klatten, Germany’s wealthiest woman, remains a cornerstone shareholder in BMW. This is SKion’s seventh investment in the water sector. It also has equity in wind energy firm Nordex and oil recycling company Avista Oil, among others.

In 2013, Christian Strenger, a former CEO of Deutsche Bank’s fund unit DWS, persuaded industrial group SGL Carbon, where Klatten was the firm’s new chair and part-owner, to create a special committee to guard against any conflict of interest.