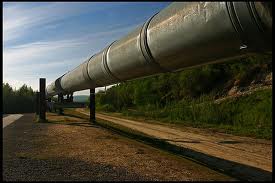 The planned 1,177 km (731 mile) project, running from Bruderheim in central Alberta to a new terminal in Kitimat, British Columbia, has come under fire for failing to take account of indigenous First Nations people’s rights and over potential environmental damage. The project, similar in some respects to the planned Keystone XL pipeline, is being currently reviewed by an independent panel.

“After more than seven years of intensive dialogue with Enbridge on the risks that First Nations’ opposition pose to the Northern Gateway Pipeline project, we have made the difficult decision to divest of our holdings in the company,” NEI says.

“We have taken the dialogue as far as we can and have been part of some important developments as a result of our efforts.” But it reached an impasse with the Calgary-based company, listed in both Toronto and New York, which it couldn’t overcome.
NEI is jointly owned by Desjardins Group and the Provincial Credit Union Centrals and has around C$4.7bn (€3.5bn) under management.NEI says a recent meeting with the Enbridge board showed that it still fails to grasp the magnitude of the challenge it faces and remains “overly optimistic” about winning over First Nations communities’ opposition.

“We have taken the dialogue as far as we can”

“And to be fair to the company, it has responded,” NEI acknowledges, noting that Enbridge has taken up the recommendation to offer First Nations equity ownership of the project. And Enbridge has also responded by tying environmental, social and governance (ESG) performance to pay – which NEI reckons “should have a ripple effect in the industry”.

“In the end, our decision to divest came down to our concern that the board — and thus the company — does not see substantial First Nations opposition as a reason to walk away from the project.”

Indeed, NEI doesn’t believe the project will go ahead, due to the legal, operational and reputational challenges. Link

Enbridge is still eligible for inclusion in the portfolios of NEI’s NorthWest branded funds.