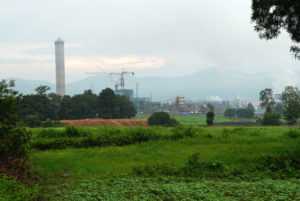 Northwest and Ethical Investments, the Canadian socially responsible investment management firm with around C$4.5bn (€3.4bn) in assets under management, has dumped FTSE100-listed metals and mining group Vedanta over lack of progress on human rights and environmental, social and governance (ESG) issues.

Northwest & Ethical – now known as NEI Investments – revealed in its new ESG Program Annual Report for 2010 that it has dumped the company. It said: “Working in collaboration with colleagues in Europe, we have been able to express dissatisfaction with company leadership on ESG issues. In particular, risks faced in India were highlighted. To date, we have been unhappy with the company’s response.”

Vedanta was on NEI’s Focus List for 2010. “After meetings with management and the Chairman, [we] determined that it no longer meets our baseline expectations,” NEI said.

NEI is following investors like PGGM and the Church of England in ditching Vedanta over the company’s operations in the Indian state of Orissa. Last July, APG Asset Management, the wholly-owned fund manager of the ABP Dutch civil service pension fund, abstained on the vote on Vedanta’s report and accounts.

NEI also revealed that it is working with other signatories to the UN Principles for ResponsibleInvestment to express concern about Italian energy firm Eni’s operations in the Congo.

“Executive compensation plans,” it argues, “need to be based on pay-for-performance principles, in theory and in practice.” This should include performance on material ESG. NEI says it has already approached major financial institutions and oil and gas companies held within its Ethical Funds portfolios on “problematic” compensation practices.

“Depending on the individual company response, shareholder proposals may be filed to draw more attention to the issue,” NEI states.

NEI added that it would also continue to push for more aggressive action on oil sands issues – both at the individual company and policy level.

The report reveals some notable successes in company engagement in 2010. It achieved 18 goals in 61 dialogues with companies on its focus list, with another 25 dialogues resulting in “significant progress”. Of 17 shareholders resolutions filed, nine were withdrawn after positive responses from companies. It went against management in 39% of the 6,960 proxies it voted.