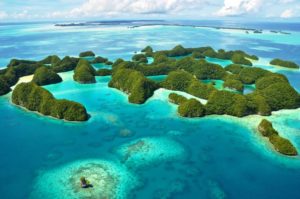 The Nature Conservancy has been awarded grant funding from the Canadian government’s new blended finance body Convergence to develop ‘blue bonds’ in a bid to introduce institutional investors to the nascent asset class.

It is the latest sign of interest in the so-called ‘blue economy’. Last month, RI reported that Credit Suisse was developing investment guidelines for marine investment. And the UK’s Prince Charles is heading up an initiative looking at developing sustainable fisheries finance through blue bonds.

And now the Nature Conservancy will aim to design viable blue bonds to finance debt conversions for conservation in small-island developing states.

It will build on an existing $22m deal arranged by the charity’s investment arm, NatureVest, that saw an innovative sovereign-debt swap used to finance marine conservation in the Seychelles island chain in the Indian Ocean.

The deal saw a newly created in-country trust buy the Seychelles government’s $20.2m of sovereign debt from its creditors with the refinancing including a commitment to enhance marine conservation and climate adaptation.

The Seychelles Conservation and Climate Adaptation Trust has received a mix of loans and grant funding, including from the Leonardo DiCaprio Foundation.

Speaking to RI, Dean Segell, Manager at Convergence, said the NatureVest deal fitted in with its work in identifying catalytic ideas and getting them off the ground, and attracting private capital at scale. “The Nature Conservancy is in a key position. They closed the Seychelles debt conversation.”

But he said doing this on an individual basis added cost and blue bonds could be a way to aggregate and achieve scale.

The proposal is to create a blue bond model that will finance multiple debt conversion opportunities in one product.Rob Weary, Senior Director of Product Development at NatureVest, said many island states were interested in doing similar debt conversion deals and already had trusts in place as part of the Caribbean Challenge, a multi-country conservation initiative with pledges by the countries to place at least 20% of their marine area under protection by 2020 and develop new conservation finance mechanisms, such as the debt conversions.

He said its work on blue bonds would look at credit enhancement, de-risking and first-loss models.

Commenting on the work, Joan Larrea, CEO of Convergence and former managing director of business developments and partnerships at the US Overseas Private Investment Corporation (OPIC), said: “The Nature Conservancy is leading conservation organisation globally and has established itself as an expert in structuring debt conversations. The issuance of blue bonds is a bold mechanism that will allow the NatureVest to replicate their Seychelles transaction for a small number of small island developing states and introduce institutional investors to the asset class.”

Convergence launched last year to promote blended finance deals in emerging markets. It is based in Toronto and funded by the Government of Canada, Citi Foundation and Ford Foundation.

Along with grant funding for innovative finance vehicles, it has an investor network which will profile blended finance deals in a bid to anchor investment and match make organisations.

Recently it awarded Belgium-based Kois Invest a feasibility study grant on the design of a development impact bond to fund employment interventions for Syrian refugees in their host countries. Link