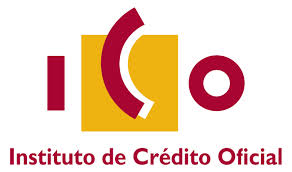 In the current economic climate it is important that all areas, including financial institutions, work in order to ensure our activities make a real impression on improving the quality of life of citizens. We must provide a social dimension on all economic activity, which also includes the financial system. Without a doubt, this commitment will be an effective tool in the fight against rising inequality. The European Commission has heard this message and recently launched the European Pillar of Social Rights to promote better working and living conditions among participating member states. What can capital markets bring to the table?
The European Investment Bank and National Promotional Banks such as Spain’s ICO have contributed to this social commitment through the promotion of the sustainable bond market in its various forms. The EIB stands out in the field of Green Bonds as it celebrates this year the tenth anniversary of its first transaction with this type of bond. For its part, ICO has become a world leader in the issuance of Social Bonds. But what are exactly Social Bonds and what are they used for?
One of the objectives governing ICO’s activity is to sustain and promote economic activities which contribute to growth coupled with an improvement in the distribution of wealth. Because of this, the focus of the Spanish National Promotional Bank in the sustainable financing market is centred around maintaining and creating employment in SMEs, especially in the more economically disadvantaged Spanish regions.
ICO was the first European issuer to place Social Bonds on the market. ICO is committed to using the funds raised by issuing social impact bonds to finance the projects of companies located in the Regions of Spain with a per capita GDP below the national average. Since 2015, ICO has had four issues of this category for a total amount of more than 2 billion euros. The over-subscription seen in the operations launched this year again showed the interest of investors in this type of bond.
Recently some media warned about the need to set clear and transparent boundaries in the measurement of investors’ results made through Green Bonds. At ICO, we think the same should apply to Social Bonds.
Therefore, in accordance with the commitment of transparency with our investors, here at ICO we are striving to ensure that the same mistakes of the past are not repeated and to arrive at a consensus on the transparency standards and best practices for all those involved in the social bond market. ICO is part of a working group which promoted the publication in June of the “Social Bond Principles” from the International Capital Market Association (ICMA).This guide sets out the recommendations to promote the development of social bond issues under the principles of transparency, disclosure and integrity which are to govern this market. We believe such initiatives are essential for the market to operate transparently and effectively. This will avoid controversies such as those of a few months ago regarding the access of certain issuers to the green bond market.
The goal of the “Social Bond Principles” is to provide issuers with information about the main aspects to consider when deciding to launch a bond of this type. Amongst the guidelines are the need to measure the impact generated by their transactions and the importance of transparent and accurate reporting to investors.

ICO has developed a method to allow us to quantify how the financing granted to SMEs has an influence on job creation. The reports from the first two transactions show that the funds raised have financed projects of more than 35,100 SMEs. This has allowed more than 225,400 jobs in Spain to be kept or created, one of the greatest challenges facing the Spanish economy.
The results obtained until now encourage us to continue working to consolidate the development of this industry. ICO’s commitment to the social bond market is evident not only through its activity as an issuer but also its contribution to initiatives which bring growth to the sector. We will continue to promote activities and debates, such as the ICO Forum on Sustainable Bonds which, for the third consecutive year, was held in Madrid and which has also been held in London recently, and serves to promote and make investors and issuers aware of the opportunities this market offers.
At ICO, we are certain that the “Social Bond Principles” are a milestone in the sector’s journey. We thought it necessary to provide the social bond segment with an agreed action guide which will facilitate the inclusion of new issuers who promote market growth. If the activity is increased, we will have more capacity to channel financing to sustainable sectors and projects which allow for a more balanced and more socially responsible economic development.
There is one key lesson to be learned from the recent financial crisis: all economic activity must have a social dimension attached to it. The development of the Social Bond market will certainly help more institutions have this lesson front of their minds.