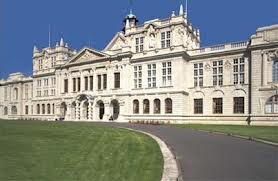 Cardiff University in the UK is seeking investment managers to run a total of £130m (€163.6m) in cash reserves excluding tobacco and armaments, based on ethical guidelines developed by environmental, social and governance (ESG) research firm EIRIS.

The 27,000-student university in the Welsh capital is inviting tenders to run its long-term cash reserves of around £70m and its medium term reserves of £60m. The latter is expected to decline to zero over the next five years due to capital expenditure.

The incumbent managers are Invesco Asset Management and Fidelity International, according to previous contract announcements.

“Tenders are invited for a contract to commence in early 2015 for an initial period of three years with the option to extend for a further two periods, each of one year,” the University said, adding it reserves the right to appoint one or more firms to manage each lot.It will accept responses from fund managers and firms running a manager of managers approach.

The university’s ethical investment policy prohibits investments based on three parameters. 1) Any companies involved in producing and distributing tobacco products where revenues exceed 10% of their earnings. 2) Armaments: companies producing weapons and weapon systems, including cluster munitions and anti-personnel landmines and those whose main business includes the supply of strategic components (such as weapons guidance systems). 3) Companies which don’t have a Code of Ethics policy as per EIRIS are also excluded.

It’s envisaged that five firms will be invited to tender and the deadline for receipt of requests to participate is September 26 – with invitations to tender being sent out to candidates in mid-October.