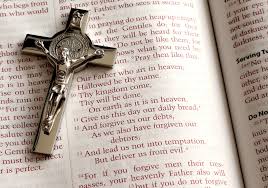 The Catholic fossil fuel divestment movement has gained further momentum as nine more institutions pull out of fossil fuels, citing a “political impasse” around US withdrawal from the Paris Agreement.

Faith investors in the US, UK and Italy have divested an undisclosed sum for oil, coal and gas, bringing the total number of Catholic bodies to do so to 27.

The move comes almost two years after the Pope voiced his support for the fight against climate change in an Encyclical on the subject, titled Laudato Si, which made waves globally and has been the basis for a series of Catholic-led environmental moves.

Gianfranco Cattai, president of the Italian Catholic body, FOCSIV, which has worked closely on coordinating the latest campaign, said: “We are extremely concerned that the G7 Summit will not make any official climate commitment, only adopting less ambitious objectives than those of Paris and preventing US withdrawal. In the face of this political impasse, several Catholic organisations are committed in the name of Laudato Si to promoting social and climate justice through concrete fossil fuel divestment declarations.”

He added that he hoped the action would prompt international leaders to engage on the topic and promote the prioritization of climate change under the G7 Italian Presidency.

He said FOCSIV would work with the Diocese of Bologna and the Italian Episcopal Conference to discuss “disinvestment and reinvestment in clean energy”.This is claimed to be the largest joint Catholic climate divestment to date. The nine groups involved comprise: The Mission Congregation of the Servants of the Holy Spirit; The Diocese of Pescara; Il Dialogo; The Italian Jesuits; Rete Interdiocesana Nuovi Stili di Vita; Siloe Monastic Community; MGR Foundation; The Wheaton Franciscan Sisters, Daughters of the Sacred Hearts of Jesus and Mary; St Joseph’s Province of the Congregation of the Passion – English Province of the Passionists.

A spokeswoman declined to disclose the assets under management of the consortium, saying “it’s the symbolic political angle that they stress rather than the actual sums involved”.

A statement from one of the bodies involved, the Provincial Father of Italian Jesuits, said it intended “to start a more detailed process about the different ways of removing our investments from fossil [fuels], progressively, within the next five years” .

However, despite a big response to the Pope’s Encyclical, the Vatican Bank is yet to commit to any fossil-fuel divestment, and is the subject of ongoing campaigns from a number of activist groups. Yossi Cadan, Senior Divestment Campaigner at NGO 350.org said the latest announcement should “inspire even more Catholic institutions, including the Vatican itself, to end the harmful influence of the fossil fuel industry over our economies and societies”.