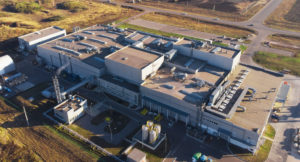 It is hoped that the frameworks will grow the labelled transition bond market and mobilise investments to fund the decarbonisation of key EU industrial sectors, including steel, cement and basic chemicals.

The move comes months after the CBI published a white paper proposing a dedicated framework for  transition bonds in conjunction with Credit Suisse.

The creation of a transition label could prove popular among issuers across the bloc who may not yet meet the requirements for green investments aligned with the EU’s green taxonomy. While the taxonomy does include provisions for building materials, manufacturing and other heavy industry sectors, they must meet strict emissions thresholds to be considered an eligible transition activity.

Michelle Horsfield, Climate Transitions Manager at CBI, said: “Investors are keen to support those with a clear plan for how they will fundamentally transition their business to net zero by 2050, but only if what good looks like is clear. Plans have to be ambitious and the standards that will be defined under this programme will start to bring the clarity that investors are looking for.”

However, it is still unclear whether the upcoming frameworks will be applicable to industries outside the EU or how it will diverge from existing guidelines such as the Climate Transition Finance Handbook, published by the International Capital Market Association (ICMA) in December last year, and Sustainalytics’ transition bond assessment framework.

The CBI initiative is one of two projects on green debt which has received CIFF backing. The body recently announced its involvement in a working group which is developing a new facility to “develop debt solutions and markets for nature- and climate-linked sovereign debt”.

CIFF’s co-founder, Chris Hohn, has been lauded in recent months for his popular ‘Say on Climate’ campaign which has resulted in at least 15 companies – including FTSE 100 giants Rio Tinto, Glencore and Unilever – voluntarily adopting some form of shareholder vote on their climate plans.