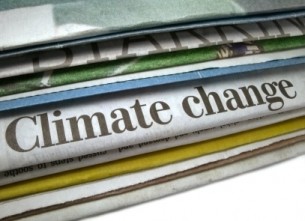 Four large institutional investors in Climate Change Capital (CCC) will be weighing up the prospects of the firm being bought by Bunge, the New York-listed agricultural commodities trader after reports that a deal is close. The shareholders in CCC include the Universities Superannuation Scheme (USS), Alliance Trust, Mitsui & Co and SNS Reaal, the Dutch financial services group. In 2008, the four sunk £56m (€66.7m) into CCC, including working capital to grow the business and a £20m commitment to a fund of funds. The Financial Times today reported that a take-over by Bunge is close to being finalised. Last month, Responsible-investor.com reported that CCC, which acts as an environmental asset manager and advisory firm, had confirmed talks with investors about raising capital. At the time, a spokesman declined to name the potential investors or comment on the reasons for the discussions. The FT said James Cameron, the investment firm’s founder and a member of the UK government’s Business Advisory Group, was expected to stay on at the firm he started nearly eight years ago. It reported that sources close to the proposed deal had said the discussed price was “significantly below” a £100m valuation from three years ago. CCC manages around $1.5bn (€1.1bn) in carbon finance, private equity, real estate and energy infrastructure assets. Its advisory division provides financial, strategic and policy advice toindustry, financial institutions, cleantech firms and governments.  The firm appears to have been suffering from a loss of investor confidence in the environmental sector after feed-in tariff changes in some countries and a low carbon price as a result of slowing momentum in global climate change talks. Carbon prices on the EU Emissions Trading System have sunk to around €7 ($9) per tonne – way below levels deemed necessary to encourage green energy investment. In 2010, CCC posted an operating loss of £3.5m compared to a £156,000 loss the year before and turnover was down to £16.6m from £23.2m. In August this year, it was announced that CCC had been replaced as investment manager to the Ventus onshore energy venture capital funds by Temporis, a specialist wind farm developer. At the time CCC said it was “exploring a new strategy investing in larger scale operating wind assets in the UK, backed by institutional investors”. In September, the firm announced that Chief Executive Shaun Mays would leave, to be replaced in the interim by Chief Financial Officer Mark Macleod. A spokesman for CCC declined to comment on the Bunge deal while USS, SNS Reaal, Alliance Trust and Mitsui had no comment before RI went to press. New York-listed Bunge, which traces its origins to Amsterdam in 1818, counts among its directors James Hackett, the chairman and CEO of Anadarko Petroleum.