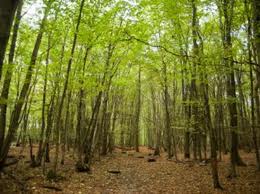 The Carbon Disclosure Project is to redouble its efforts to get companies to reveal their exposure to deforestation risks following its merger with peer group organisation the Forest Footprint Disclosure (FFD).

The CDP, which collects information on corporate carbon emissions on behalf of 655 institutional investors, formally took over the FFD last week [on Friday Feb 1 – Daniel].

“Next year we are going to nearly double the companies approached under FFD,” said CDP Chief Executive Paul Simpson. The idea is to create a “holistic disclosure platform” for natural capital risk, incorporating water, carbon and forestry. “Reporting should not be a burden but an enabler,” he said at a launch event for the FFD’s 2012 report.

In 2012, the project received 100 responses from requests for disclosure sent to 450 international companies.

The merger, announced in June last year, will see FFD’s four staff come under the wing of the much larger CDP, with its 100 employees. It should also mean that more investors will back the FFD’s work.FFD Director James Hulse said it took “four years of blood sweat and tears” to sign up 77 investor backers. Now, with the association has made that task a lot easier. He hoped to get “massively more” disclosing companies.

The forestry disclosure idea was originally put to the CDP by Andrew Mitchell, the head of the Global Canopy Programme not-for-profit research group.

The CDP was not able to work on it at the time, so a merger makes sense as a “return to the mother ship” Hulse said.

Simpson added the CDP would push for mandatory corporate reporting of water and forestry data, reporting, along the lines of the UK’s forthcoming rules on carbon emissions. The CDP was also working with the World Resources Institute, the Washington-based green think tank, on a “financed emissions” protocol, Simpson told the meeting.