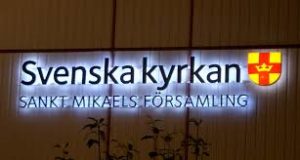 The Church of Sweden has revealed that an analysis of the carbon footprint of some of its investments conducted by CDP revealed a third less greenhouse gas emissions than the benchmark.

The Church – which has SEK5.5bn (€607m) in buffer assets managed at the national level – last year commissioned CDP, the environmental data body formerly known as the Carbon Disclosure Project and consulting firm South Pole Carbon to run the rule over its investments in two Swedish equity funds (Ethos Swedish Equity Fund and Nordea Swedish Stars) and the SIX PX, which reflects the Stockholm Stock Exchange.

The pair compared the Church’s carbon footprint in the funds with the corresponding amounts invested in the (already relatively low carbon) Stockholm exchange.

The analysis showed that investments in companies in the funds “resulted in the emission of a third less greenhouse gases than what would have resulted if corresponding investments had been made in the benchmark”.

“The study shows that the funds we have selected are clearly better equipped for the future than Swedish index funds,” the 6.4m-member Church says in its new responsible investment report. The Church – which has not invested in any oil or coal mining company since 2009 – said it would use the results to spur dialogue with companies.

The Church went on to say that two of the external asset managers on its roster have conducted similar analyses.It said the carbon footprints of Generation Investment Management and First State Stewart’s global funds were “less than half as large” than their respective benchmarks (the MSCI World and MSCI All Country World).

It hailed “outstanding performance” in global equities, with RobecoSAM (Ethos Global Fund) returning 26.6%, and the Generation Global Fund 25.1%. They both outperformed the Dow Jones Sustainability Index (DJSI), the benchmark applied to the global equity mandate, by 5.8 and 4.3 percentage points respectively.

In emerging markets, the Generation IM Asia fund delivered 6.3% and the First State Global Emerging Markets Sustainability Fund 4.1% – all while the MSCI EM index was down 3.8%.