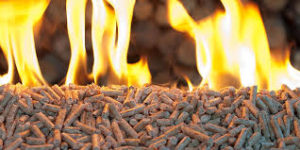 Copenhagen Infrastructure Partners (CIP), a renewable energy investor backed by PensionDanmark and several other Danish pension funds, has invested DKK1.6bn (€214m) to build a new UK biomass plant that will be fired with waste wood.

According to CIP, the plant will be located in Rotherham near Sheffield and have a capacity of 39.3MW when it is completed two years from now. Builders of the plant, known as Brite, are Danish firm Babcock & Wilcox Vølund (BWV) and UK-based Interserve.

BWV will also operate and maintain Brite, and the waste wood needed to fire it will be sourced from UK firm Stobart Biomass Group as part of a long-term contract. The DKK1.6bn for Brite comes from CIP’s second infrastructure fund (Copenhagen Infrastructure II) which was launched last September.

Beyond PensionDanmark, the DKK175bn Danish scheme that is also the sole backer of CIP’s first fund, Copenhagen Infrastructure II has backing from six Danish pension funds – among them PFA, PBU and Laegernes Pensionskasse – and three banks, Nykredit, Nordea and SEB. The fund aims to close later this month with DKK10bn in assets.“The Brite project is an attractive investment opportunity for CIP in a country with a well-established and stable regulatory regime,” said Christian T. Skakkebæk, Senior Partner at CIP. “It fits very well with our strategy of developing projects that benefit from long-term contracts with strong industrial partners in order to deliver stable returns for our investors.” The returns expected from Brite were not specified.

Brite is PensionDanmark’s second investment in the UK biomass industry. In August 2013, the scheme, which insures Danish blue-collar workers in the construction and transportation industry, directed CIP to invest €180m in a 40MW straw-fired biomass plant in Lincolnshire. The plant, known as Brigg, is being constructed by Danish power plant specialist BWSC, which will also operate it on completion in 2016. BWSC has invested €45m in the project.